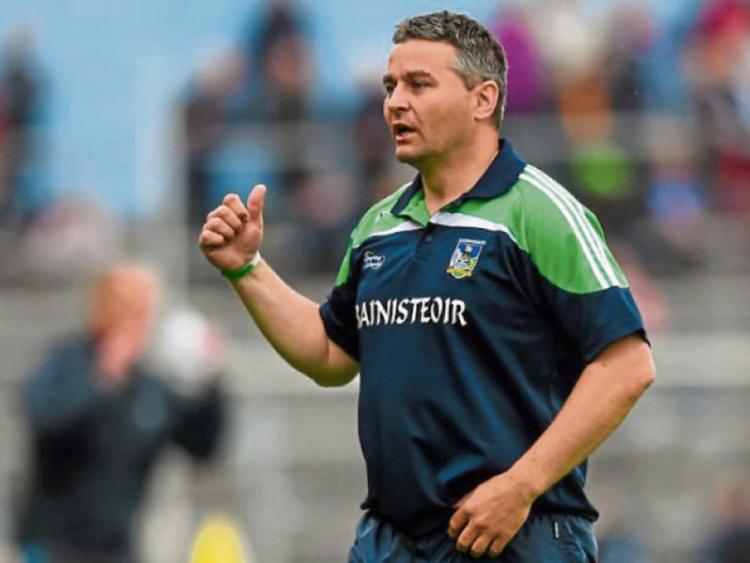 Ryan is under pressure after a 2015 that saw Limerick exit prior to the quarter finals for just the third time in a decade. Not once last year did the team reach the level of display in the 2014 defeat to Kilkenny in the All Ireland semi final.

”The way last year petered out none of us would have been happy with it,” accepts the Limerick manager.

But speaking at the Limerick hurling media event this Tuesday evening in Adare’s Woodlands House Hotel, Ryan had full confidence in the preparations of his panel under hurling coach Dinny Cahill, strength and conditioning coach Joe O’Connor and selectors Davy Clarke and Don Flynn.

"I firmly believe preparation has gone well. We have a team that we believe can win and there will be nobody who wants to win more than us. On Monday when we sit down with the benefit of hindsight we can possibly have a different conversation,” outlined Ryan.

”We would be happy the way we are going and what we are doing - we know we are up against it because Tipp are one of the favourites for the All Ireland. In the bookies they are probably 4/11 or 1/3 for this game. We are going into Thurles fully aware of the challenge that brings but it’s not something that hasn’t been done before,” said the Garryspillane man, referring to Limerick’s win in 2014.

”Limerick and Tipp historically would be typical championship games but we are going to focus on what we need to do and focus on winning the game. We are going there with a plan to win the game and what Tipp bring we can’t control. They have some very high quality players that will take a lot of minding – they are on most people's lips to be there or there abouts at the end of the year.”

Limerick used a ‘sweeper system’ in their two knockout games in the league but appear destined to adopt a more traditional formation.

”Obviously we will be preparing in the best possible way that we think will work for us It’s very important that teams try to play to their strengths - you can get very hung up on the opposition and trying to counteract. I think having your own house in order is more important and doing things that you think will work for you,” outlined Ryan.

”Through the league we tried a number of different things. Obviously when you play a sweeper people are attracted to that and when you get beaten people blame the sweeper system and that seems to be a handy way out for either supporters, management or media alike. Sometimes you didn’t win because you didn’t play well enough. At the end of the day whatever system we play, we will need 15 lads to be playing well, winning their position and winning ball and driving on. The first piece is that guys have to play well and then the system comes and sometimes we get that kind of the wrong way round,” he stressed.

“We felt improvements needed to be made. There was a couple of snippets of form in the league looking back but probably two halves against Clare and Waterford, who proved to be the best two teams in the league, wouldn’t have been good enough. There was plenty for us to improve on - our league was a little bit better than the previous year but at the same time that's over. The intensity and aggression that you would associate with our play was missing v Clare and in the second half against Waterford and those issues have been discussed and we would like to think we will bring them to the table.”