Brown named in Ireland U-20 team for World Cup clash 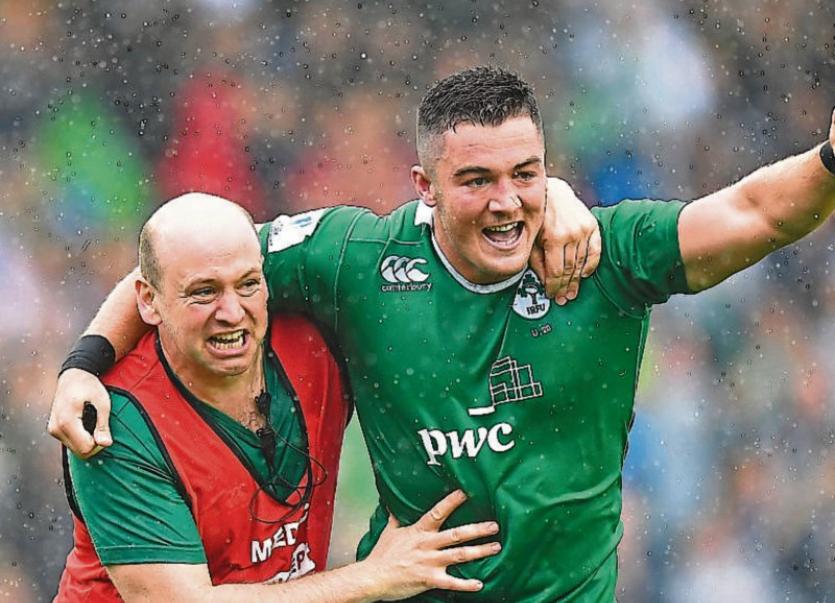 Shannon’s Kelvin Brown has earned a starting place on the Ireland U-20 team for Wednesday’s Rugby World Cup game against Georgia in Manchester.

Brown came off the bench in Saturday’s historic win over New Zealand and is one of 13 changes for the side for Wednesday’s game. He’ll start at Number 8.

Young Munster prop Ben Betts, who started against New Zealand, is one of the players to be left out while Garryowen’s Bill Johnston has been ruled out for the remainder of the tournament after dislocating his shoulder. The talented outhalf missed the Six Nations campaign with injury but had made a big impression in the wins over Wales and New Zealand in the opening two rounds.

Paul Kiernan. who captained Munster to the U-20 interprovincial success last season, captains the side in the centre while there are three Munster forwards in the pack alongside Brown. Cashel’s Sean O’Connor and Evan Mintern of Cork Con are in the second row while Vincent O’Brien, also of Cork Con, is at hooker. Cork Con have a third representative on the bench – centre Shane Daly.

The Ireland game kicks off at 5pm and is live on TG4 and Sky Sports 4.