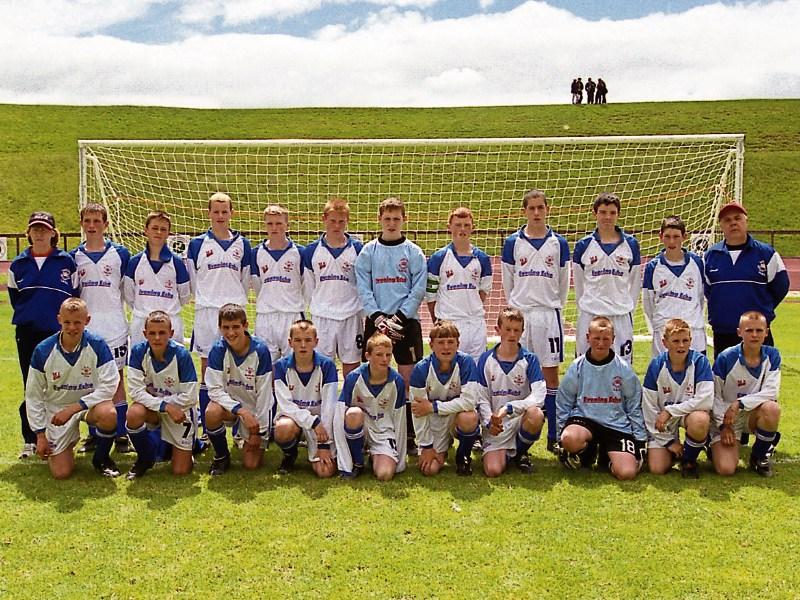 THE Limerick and District Schoolboy League (LDSL) last claimed the Kennedy Cup in 2000 when current Ireland and Leinster rugby hooker Sean Cronin was a key member of the squad.

The LDSL defeated the Cork Schoolboy League 3-1 in the final. The Leesiders included future Republic of Ireland international and current Stoke City player Stephen Ireland in their starting line-up.

Under the astute guidance of their backroom team headed by Noel Malone and Pauline Callaghan. Pat Halpin was also a key part of the management but was forced to miss out on the UL action due to health reasons.

Sixteen years may have passed since, but Noel Malone’s memory of that famous week are crystal clear.

Noel Malone said: “I was managing the Caherdavin U-13s at the time and the lads in the Schoolboy Council put me forward to manage the Kennedy Cup side with Pat Halpin and Pauline Callaghan.

“In the week of the tournament Pat, unfortunately, went out sick.

“The team grew as the tournament went on. We played Clare in the first match and were two goals up. Clare drew level, but in the dying minutes Thomas Clarke got the winner for us.

“We played Mayo in the next round and won 3-0. We got the rub of the green in so far as we avoided the Dublin and District Schoolboy League, the DDSL.

”They played Cork in the semi-final and lost 2-1 to them, while we beat Waterford 2-1.

“It was down to ourselves and Cork in the final. Stephen Ireland was on the Cork team and I remember giving instructions to Dean Earls, of Fairview, to stay between him and our goals, stick closely to him.

“Sean Cronin started in the final. He played on the left side of midfield for us.

“He had a physical presence about him. He was strong, even in those days.

“I have followed Sean’s progress all the way with Connacht, Leinster and Ireland.

“About five minutes into the second half of that 2000 Kennedy Cup final, we got a penalty. The Cork keeper went down injured and the game was held up for five minutes.

“We had a gem in Colm Carroll, the leading goalscorer of the tournament that year.

“Cool as a cucumber he slotted the ball into the net to put us ahead. We eventually won the game 3-1. It was some win.

“Cork were hot favourites after knocking out the DDSL. Stephen Ireland was a boy wonder, the best they had since Roy Keane had captained Cork to win it.

”It was a great win. Unfortunately, the Limerick leagues haven’t been able to match it since although they came pretty close the following year with Johnny Walsh in charge.

“You definitely need a bit of luck. You need luck with a draw and on the day. You need to avoid injuries. You need to have a prolific goalscorer and we had that in Colm Carroll who scored seven.

“The scouts, who arrive at the quarter-final stage, were impressed and Colm was invited to Aston Villa, Doncaster and Nottingham Forest for trials. Pat Halpin put in great work during the six months leading up to the Kennedy Cup and obviously our physio Pauline Callaghan, who kept the lads fit.”