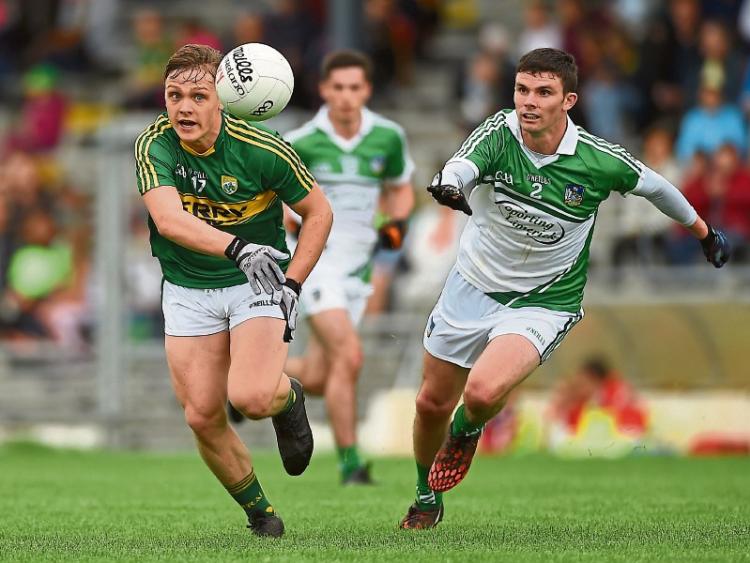 It was heartbreak for the Limerick junior footballers this Sunday in the Munster championship semi final with an injury time goal giving Kerry a 2-16 to 1-16 win.

Limerick looked on course for a first Munster JFC final since 2010 until the winning Kerry goal in the sixth minute of injury time.

Limerick lost the last two Munster junior semi finals to Cork by two and three points and looked on course to win this game in Killarney until the late dramatics.

Jame Lee was the Limerick leader with 11 points, including six pointed frees.

Kerry were 1-5 to 0-7 ahead at half time but there were plenty positives for a Limerick side that kicked six points in a row during a 20-minute spell that saw the home side held scoreless.

Jamie Lee had the only Limerick score of the opening quarter in the third minute and it was a 10th minute Kieran Hurley goal that helped Kerry into the early six point lead.

But the Limerick response was impressive and led by Jamie Lee, who ended the first half with six points – three superb points from play and three frees.

Adrian Enright was the only other Limerick scorer in the half and it was his 29th minute score that had the game level, 0-7 to 1-4.

In the second half Limerick were superb but it was Kerry that kicked the first three points of the half to move four points clear.

Points from Lee, Tony McCasrthy and Padraig Scanlan moved LImerick closer until the goal came in the 15th minute of the half.
It was Adrian Enright that crashed the ball to the net for a 1-12 to 1-10 lead for Limerick.

Kerry replied but Lee and Seamus O’Carroll moved LImerick 1-14 to 1-11 ahead.

But in injury time Kerry levelled with Paul O’Donoghue and Niall O’Shea points.

Brian Donovan looked to have won it for Limerick until the late dramatic Kerry goal.