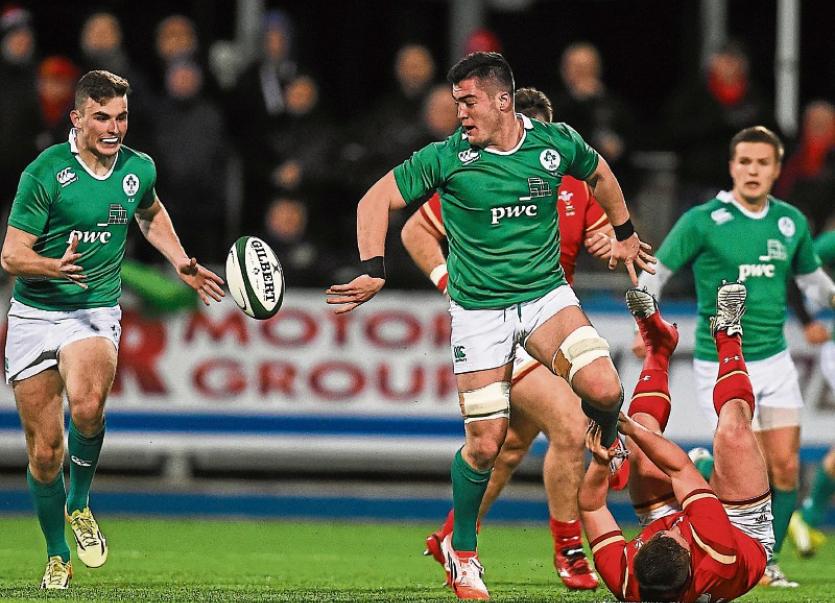 THEE Limerick-based players made key contributions as Ireland U-20s sealed a famous 26-25 comeback win over Wales U-20 in their Junior World Championship pool fixture in Manchester on Tuesday night.

Young Munster prop, Ballyhahill’s Ben Betts, was a key member of an impressive Irish pack having been introduced as a sixth minute replacement.

And Shannon RFC back-row forward Kelvin Brown made a series of crucial ball carries and vital tackles as Ireland opened their campaign with an exciting win.

Munster Academy manager Peter Malone is forwards coach with the Ireland U-20s side.

Ireland U20 head coach Nigel Carolan said afterwards: "What a game! We gave them three (early) tries and it looked like an uphill battle at 17-3 but I think we regrouped and with the last five minutes in that first half, to get the maul try and then just keep possession when the clock was running down. It really just got us back into the game.

"We started the second half as we finished the first, great pressure and we got our nose in front and I thought we looked comfortable. Wales really threw the kitchen sink at us and it was great character from our guys to hold on at the end and get a huge win."

New Zealand scored a comprehensive 55-0 win over Georgia in their opening fixture.