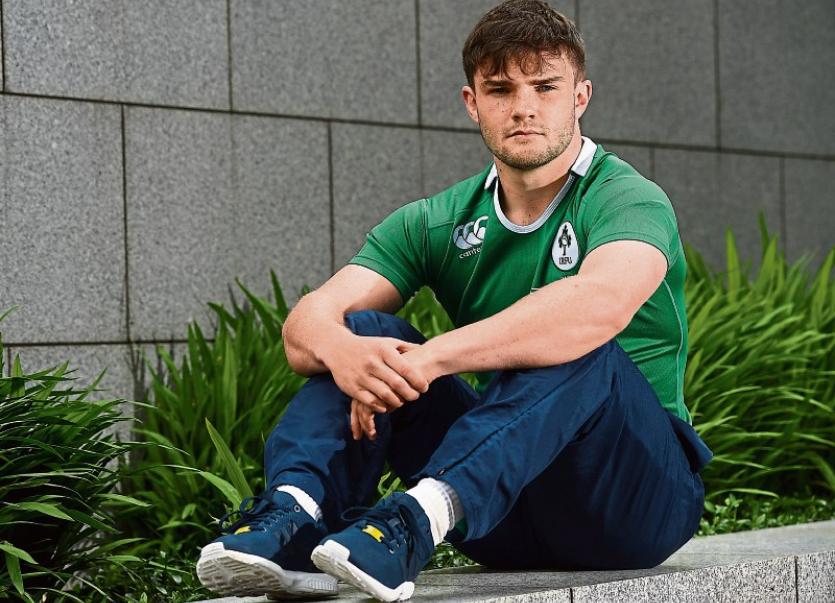 Garryowen out-half Bill Johnston will win their first U-20 cap when they run out in Manchester to face Grand Slam winners Wales.

Shannon’s Kelvin Brown and Ben Betts are among the replacements named by head coach Nigel Carolan for the opening game.

Seventh seeds Ireland also face holders and pre-tournament favourites New Zealand in their second Pool A fixture on Saturday next, June 11 at 1.30pm, before completing their programme of games against Georgia on Wednesday, June 15, at 5.30pm.

After suffering a dislocated shoulder while in action for Ireland U20 against a Munster Development XV in December, talented playmaker Johnston missed this year's U20 6 Nations, but he makes a welcome return in time for the Junior World Championship.

Since joining Munster’s sub-academy last year, dynamic back rower Kelvin Brown has represented Ireland in U19 Sevens and lined out for Munster A. The former Ardscoil Ris players also made three appearances in this year's U20 6 Nations.

Betts has also represented Ireland at all age grades and made his U20 debut off the bench against Italy in this year's 6 Nations.

In all, eight Munster players are included in the Irish squad for the tournament with