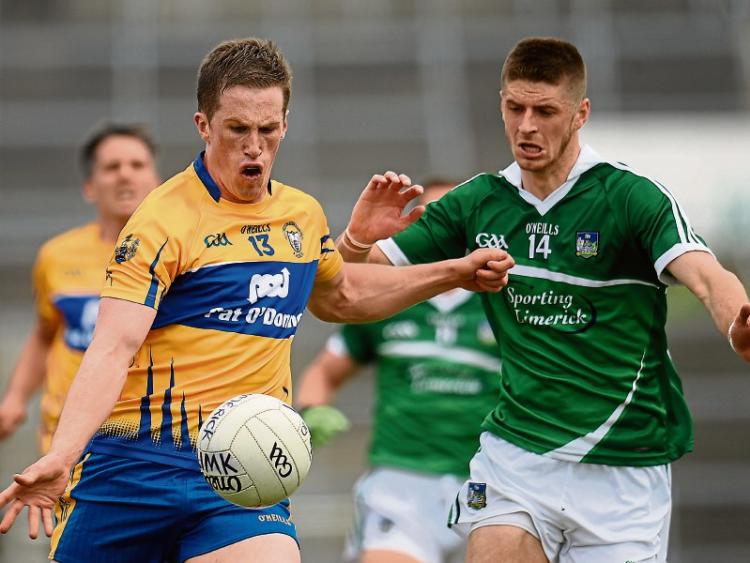 It's now four years since the Limerick footballers tasted victory in the Munster SFC - the longest streak without a win since pre-2003.

Yes there were plenty positives in term of the seven new faces in a youthful line-up but ultimately defeat was Limerick's lot and the defensive tactics meant the encounter wasn't one to remember.

With relegation in the league it now falls to the June 25 All Ireland Qualifiers to retrieve the season. Opposition won't be known until June 7 but will be drawn from Longford, Antrim, London, Wexford, Monaghan/Down, Donegal/Fermanagh and Offaly/Westmeath.

The Caherdavin men need to win their two remaining games but now also need results elsewhere to go their way if they are to avoid an exit early. All will be decided when the championship resumes on August 18-21.

Martin Russell's side have now won all 12 of their First Division fixtures this season.

Limerick FC face second-placed Drogheda Utd at the Markets Field on Saturday, 6.30pm, in their final fixture before the league takes a break for the start of the European Championships.

Shannon RFC have moved to bolster their backroom team for next season with the appointment of Tom Hayes as defence/line-out coach.

Hayes won three AIL Division 1 titles with Shannon, including two as captain, before moving to England.

The second-row played with Plymouth Albion initially before moving to Exeter Chiefs, who he captained to promotion to the Aviva Premiership.

Former Munster and Ireland prop Marcus Horan remains as head coach at AIL Division 1B side Shannon next season.

Pike Rovers qualified for the final of the Lawson Cup with an impressive 4-0 win over arch rivals Janesboro at a sunny Pike Grounds on Sunday morning.

Pike will bring the curtain down on the season when they take on Ballynanty Rovers for Limerick's most famous Cup at Jackman Park on Sunday morning next, 11am.

Carew Park moved within touching distance of taking the Premier League crown after scoring a hard-eared 1-1 draw against Janesboro on Thursday night.