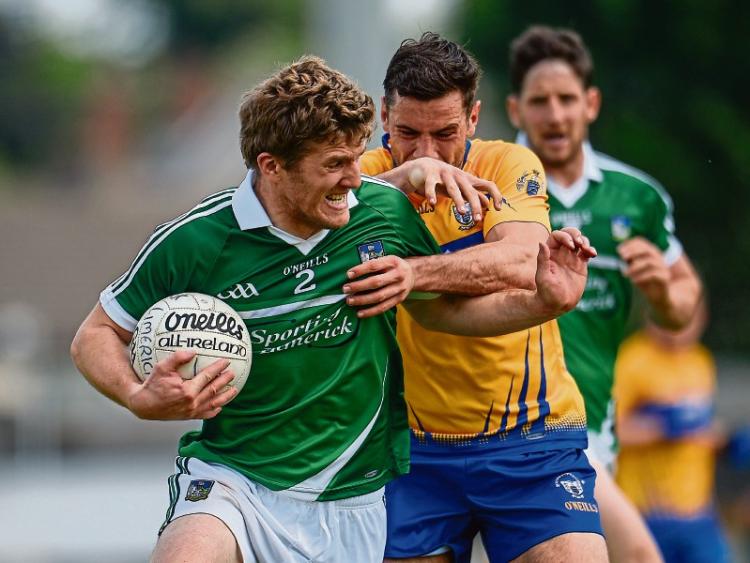 LIMERICK football manager John Brudair is confident his team will regroup for the All Ireland SFC Qualifiers.

Yesterday Limerick fell at the first hurdle for the fourth successive year in the Munster SFC but the manager insists his young side are close to an elusive win.

Limerick must now wait until June 7 to find out their opponents in the first round of the backdoor system.

Limerick will also be hoping to get a home draw and will be guaranteed one unless drawn away to Offaly, Antrim or Down.

“There is good spirit in the camp with real honest characters and I expect there to be a full blooded performance in the first round of the qualifiers,” said Brudair after yesterday’s three point defeat to Clare in the Gaelic Grounds.

”The lads were very good in terms of regrouping after the league and I am sure they will be good to regroup after this Munster championship,” said the manager, referencing a league that saw Limerick relegated after seven games without a win.

“There hasn’t been any problem in the camp in terms of getting them focused to-date so we are looking for the same response for the next couple of weeks,” said Brudair.

Limerick will also be hoping that captain Iain Corbett may be back from injury for the Qualifiers. Goalkeeper Brian Scanlon and Brian Donovan also missed yesterday’s defeat. Both were named in the team but injuries meant they were late withdrawals.

Sunday’s quarter final tie saw Limerick give first Munster SCF starts to four players, while another three made their championship debuts as substitutes.

”Everybody here today would say it was a Limerick team that played fully passionately to get the win but it just didn’t happen. You need a reward and to get a result would have been brilliant but we didn’t get it. Over the round of the game they executed their scoring opportunities better and kicked their points more comfortably.”