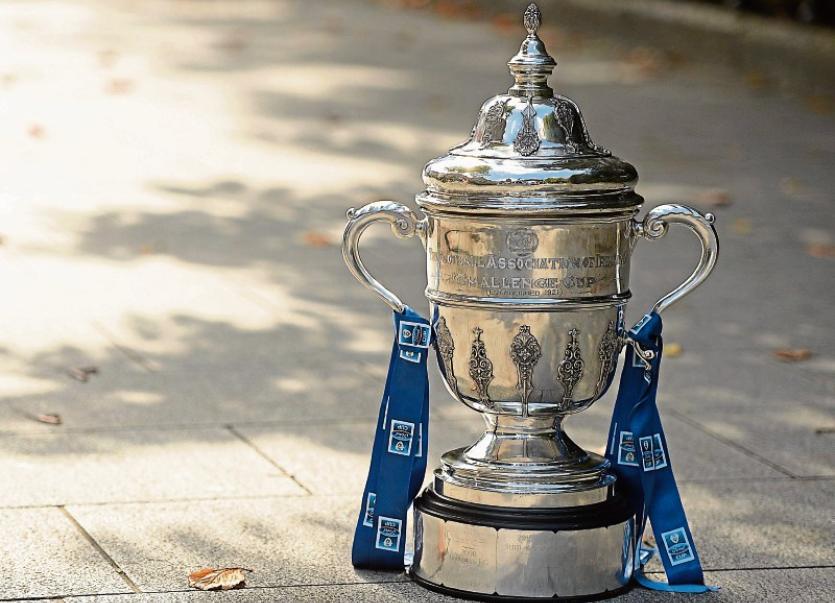 LIMERICK FC manager Martin Russell is hoping it's a good omen that the Blues defeated this weekend's FAI Cup opponents Bluebell Utd on route to their last Cup success 34 years ago.

Limerick FC are one of three local sides involved in FAI Cup second round action this weekend.

The Blues are joined in the Cup by local junior sides Pike Rovers and Janesboro.

Elsewhere, Janesboro will become the second Limerick side to face newly crowned FAI Junior Cup champions Sheriff YC in a week when the sides meet at Pearse Stadium on Sunday, 2pm.

Originally, Limerick FC's tie with Bluebell had been fixed for Dublin, but the Leinster Senior League club have instead decided to play the fixture in Limerick.

Limerick overcame Bluebell 1-0 in their 1982 FAI Cup clash thanks to a Tommy Gaynor goal. The Blues went on to beat Shelbourne, Aer Lingus, Athlone Town and Bohemians as they won the competition for a second time.

Limerick FC manager Martin Russell said: “In cup competition anything is possible. Who knows? We’ve just got to take each game, focussing on this first.

“Trying to beat Bluebell is the first thing. They took Bray Wanderers into extra-time recently in the EA Sports Cup). That’s a warning. Hopefully we’ll be ready to put in a performance that gets us into the next round.”

O’Flynn, who has netted 13 goals in all competitions this season, hopes the Blues can enjoy an extended run in the FAI Cup to go with their fine EA Sports Cup campaign.

“I was involved in the FAI Cup final last year and it is fantastic for the fans.

“It is a totally different feeling to the League. It was one of our goals at the start of the season to go on a Cup run as well as to do well in the league. We are in the EA Sports Cup semi-final and have Bluebell in the FAI Cup.”

Mann, who spent his whole youth career with his native Kilcornan, signed for Limerick as a 16-year-old.

That prompted then manager Stuart Taylor to reward the then 18-year-old with a league debut just five days later against Athlone Town.

U-19 international Mann said: “I came on at half-time against Galway Utd (EA Sports Cup) and did well enough and came on against Cobh.

“It’s more competition for the gaffer to think about. You have to keep training hard, obviously you have Aaron Greene and Stephen (Kenny) who are very good players. Competition is good.”

Limerick's First Division meeting with Shelbourne will now be played on Friday, July 29 at 7.15pm.