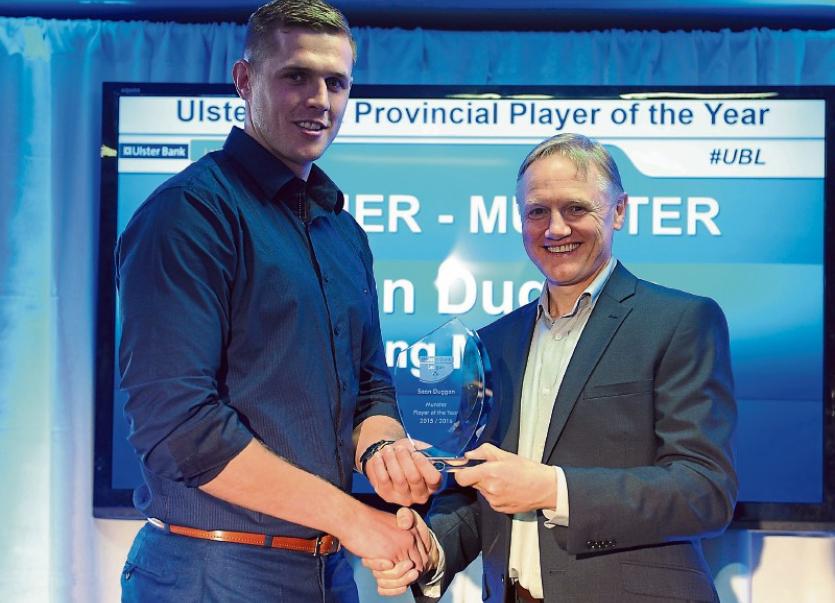 Twenty five-year-old former St Munchin’s College player Duggan was hugely influential in Munsters’ engine room as the Clifford Park side reached the semi-final in Division 1 before eventually losing out to Cork Constitution.

Guilfoyle’s experience was a key factor in Crescent’s back-row as the Rosbrien side secured promotion to Division 2B for next season by winning Division 2C.

Young Munster hooker Ger Slattery lost out to Cork Con’s former UL-Bohs second row Conor Kindregan in the battle to win the Division 1A player of the Year accolade.

Winners of the provincial awards were decided by a public vote.

Ireland head coach Joe Schmidt was on hand at the home of Irish Rugby to present the awards across all divisions of the Ulster Bank League.