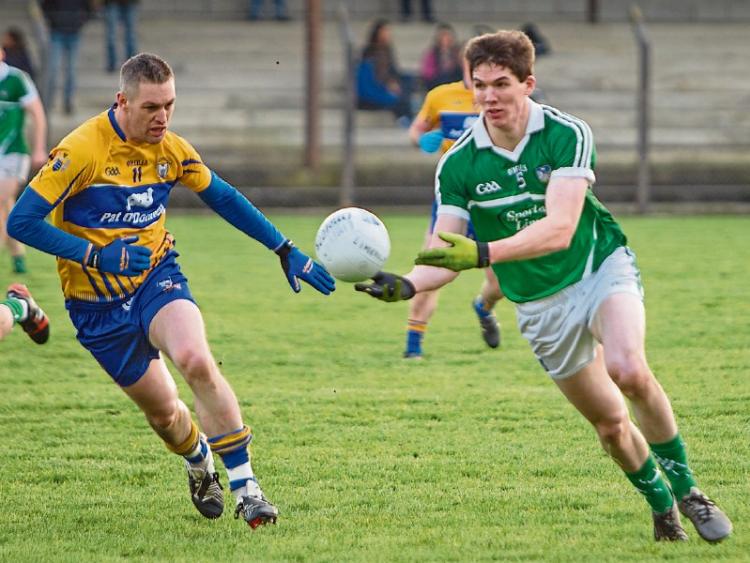 THE Limerick seniors footballers are 10-days from the Munster championship and still haven’t received confirmation of the fixture!

Although the draws for the championship took place on October 15, the Munster Council are to wait until this Sunday evening at approximately 5.30 to confirm the football fixture - less than seven full days notice before the footballers of Limerick and Clare meet in the Gaelic Grounds.

The Shannonside derby looks set to go ahead on Sunday May 29 at 3.30 in the Gaelic Grounds.

But if this Sunday’s Munster SHC quarter final between Cork and Tipperary requires a replay, Limerick’s football game will be confirmed for evening Saturday May 28 at 7.00 in the Gaelic Grounds.

“I find it strange the way the situation has prevailed and that we are really only going to get seven days notice,” Cregan told the Limerick Leader.

Limerick and Clare are battling for a mid-June semi final away to Kerry in Fitzgerald Stadium in Killarney.

The loser will be All Ireland SFC Qualifier action on June 18/25.

The Limerick hurlers await either Cork or Tipperary in the Munster SHC semi final on Sunday June 19. That draw was made, with the football equivalent, seven months ago, but the hurling fixture is confirmed and will have a 4.00 start.