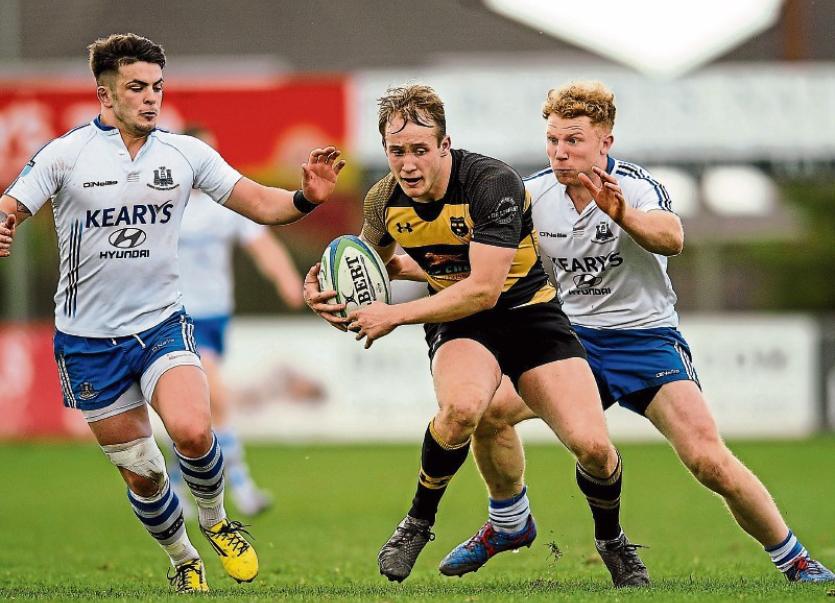 Munsters’ will be looking to avenge their Ulster Bank League Division 1A semi-final defeat at the hands of Cork Con at Temple Hill last month.

The Greenfields club did turn the tables on the Leesiders in the Munster Junior Cup final, 22-13, at the start of the month in Musgrave Park when several players expected to feature in this weekend’s Senior Cup decider were involved.

Young Munster defeated their Limerick rivals Old Crescent 29-14 to book their place in the Senior Cup final, a feat they last achieved in 2010 under the captaincy of Ger Slattery, who also captains this year's squad.

That 2010 success was Young Munster’s seventh in the history of the province’s premier club rugby competition.

Cork Con, who have 26 senior cup wins to their credit, will be vying for their second four in a row trophy wins this season having retained the senior cup since 2012.

While Munsters’ have not played a competitive fixture since their interest in the Ulster Bank league was ended by Con three weeks ago, the Temple Hill is acing into a fourth weekend of competitive games, with that AIL semi-final, followed by their Bateman Cup and All-Ireland League final appearances.

Young Munster Director of Rugby John Staunton agreed that their Junior Cup final win was a boost for the club going into this weekend’s senior cup decider at Thomond Park.

”For the club as a whole, we have been knocking on the door of semi-finals and finals, and hopefully this is the start of something.

”The Junior Cup final was nearly as important as our AIL semi-final against Cork Con.

”A lot of the guys who played in the Junior final doubled up for the senior side the day before in the semi-final win over Old Crescent.

“We have a lot of talent coming through at the club.”

Munsters most recent Senior Cup final victory in 2010 was the Clifford Park’s side first final success at Musgrave Park.

The side was coached by Mike Prendergast, the current backs coach at French Top14 side Grenoble.

It was Munsters’ third victory over UCC that season but that time the result was more convincing than the two narrow victories in the Ulster Bank League.

It was the boot of Alan Kingsley that proved the difference as he contributed seventeen points of the Young Munster total.

UCC, with Limerick’s Andrew Burke in excellent for, led the decider 10-9 at half-time.

However, Munsters dominated the final quarter and a fourth penalty from Kingsley and a conversion of a try by captain Slattery proved key.