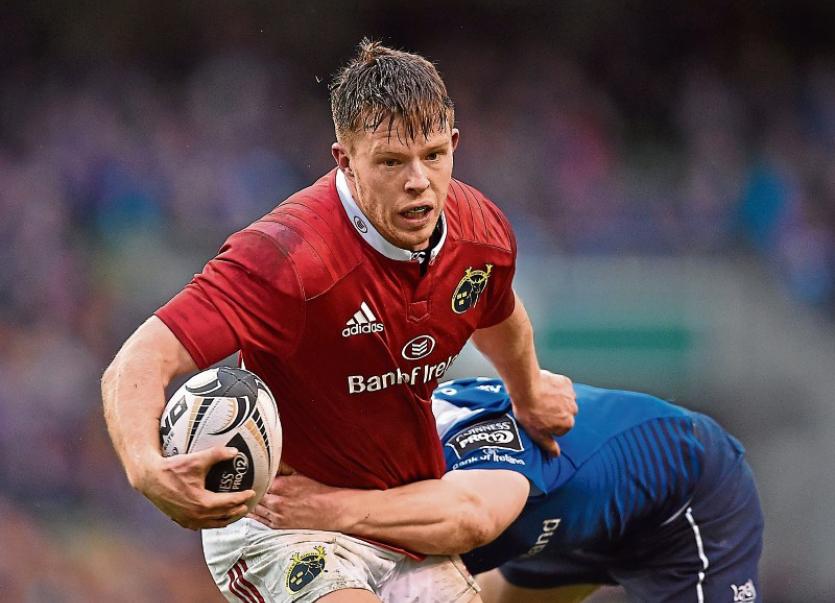 Munster have their Champions Cup qualification destiny back in their own hands ahead of the visit of the Scarlets to Thomond Park, 3pm, following the province’s bonus point win over Edinburgh on Friday.

Twenty four-year-old Holland has been Munster’s first choice starting out-half since impressing against Leinster at the Aviva Stadium at the start of the month.

Holland has made six appearances for Munster this season, starting four times and racking up 41 points.

Holland said: “It’s brilliant that our destiny is back in our own hands.

”Axel spoke about it during the week about it being out of our control and our main aim was to get it back in our control because that’s where you want to be.

”It’s great to be back there (in the top six) that was our aim, but we’re not going to take the foot off the gas.

“Champions Cup rugby is absolutely non-negotiable from a Munster point of view. Everybody speaks about it for a reason.

”The win over Edinburgh was the first step to doing it but we have one more to go though.”

Holland agreed that Anthony Foley’s decision to select him to start the glamour derby clash away to Leinster ahead of Ian Keatley was ‘a gamechanger’ for his career.

“To be selected for that game was probably a game changer for me. It showed a bit of confidence behind me for a player only coming into the squad.

”I was massively nervous for it obviously as you would be, I didn’t expect it to go so well for me personally, but we lost.

”I’d trade that in a heartbeat for the win but I was happy with my performance and it does give you the impetus to drive on.”

Holland said Ian Keatley has been hugely supportive since he jumped ahead of the 28-year-old in the battle for the number 10 shirt.

”At kicking sessions you’d hear ‘well done’ in the background. Even at half time he was telling me to keep doing what I was doing.

”Sometimes you can be looking over your shoulder and you need to be for a bit of competition it can be healthy but it needs to be amicable as well.

”The Edinburgh game was one of the games where we all needed to be pulling together and there’s definitely no bitterness between the two of us so it’s been great.”