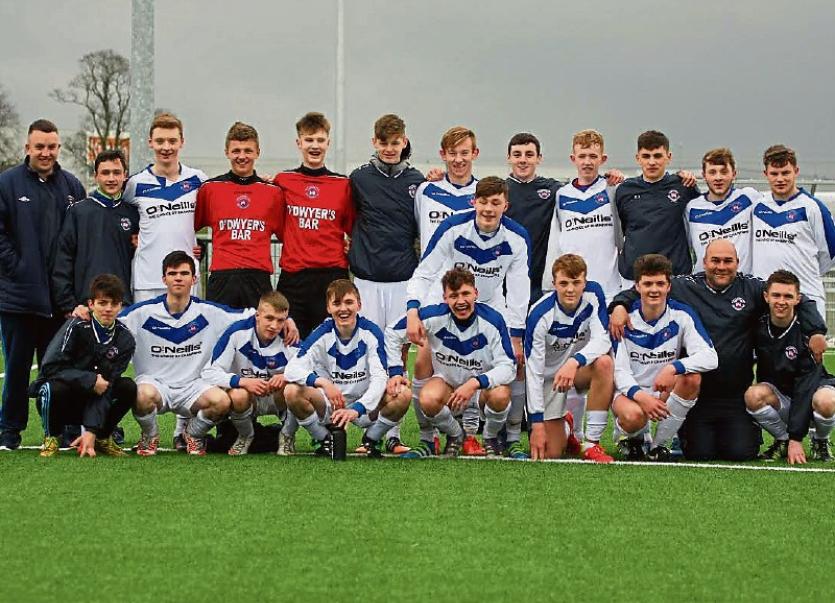 Limerick District League's Youth side take on Cork AUL in the final of the FAI Inter League competition in Blarney on Sunday afternoon.

Under the guidance of Martin Sugrue and Jason O'Connor, this bunch of lads have done the League proud with some sterling performances along the way.

Limerick face a very strong Cork side in the final but as they proved in the semi final against a crack Dublin outfit, they are a match for any side in the Country.

A large number of last season's Herbertstown Under 17 side that were narrowly beaten in the FAI final, are in the squad and their experience in the big game will stand to them on Sunday.

On their way to the final Limerick came through their three team group with full points.

A 6-0 win over the North Tipperary League in the opening game put them on their way.

In the second game goals from David Hannon and Steve Daly saw them past Clare on a 2-1 scoreline.

Limerick's reward for topping the group earned them a home quarter final where they played Wexford and chalked up a 7-1 win.

In the semi final Limerick travelled to the Capital to take on the DDSL and following a superb performance won 2-1.

Dylan Kennedy and David Hannon were the scorers in an all star performance.