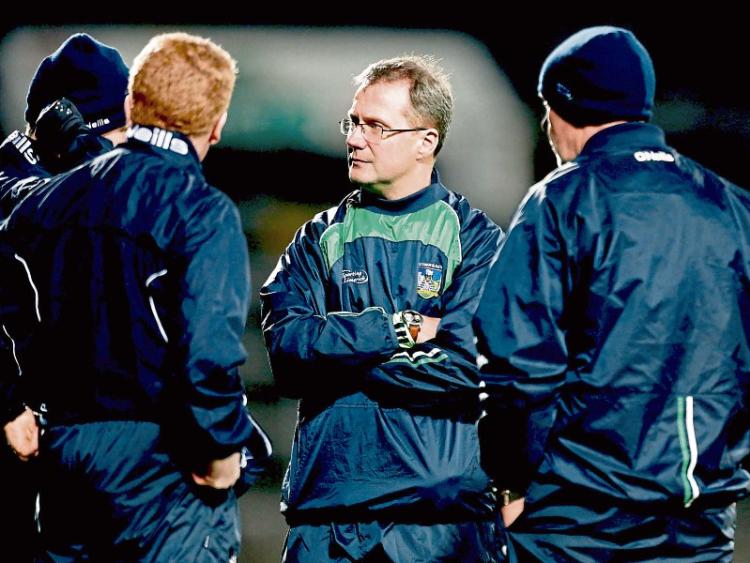 JOHN Brudair and his management will be a visible presence at games throughout the Limerick SFC and IFC over the next two weekend looking for fresh talent “setting the world alight”.

The Limerick senior footballers cast off the cobwebs of their relegation to Division 4 of the Allianz Football League with challenge games against Cork and Tipperary in recent weeks.

The game against Liam Kerans’ Tipperary was last Sunday evening as part of the official opening of the new facilities in Ballylanders GAA grounds.

That was a game that Limerick won 1-8 to 0-7 with Sean McSweeney getting the goal.

Attention now turns to successive weekends of club football championship before the countdown begins in earnst to the Munster SFC quarter final against Clare on May 28/29 in the Gaelic Grounds.

”We will be looking at the championship games for anybody setting the world alight but will also have to hold some loyalty to the players who have committed to us for the entire year,” said John Brudair this Wednesday afternoon.

”We would be happy that some of the new players took their chances when they got games towards the end of the league and in the club championship we would be hoping that some of the players deeper into our panel will show good form,” outlined the Limerick manager.

Limerick are currently working with a 31-man panel in preparation for the championship.

Tom Lee and Brian Scanlon missed the challenge game against Tipperary due to injury but should be back in full training by the end of the month. James Naughton (knee) is also out at present but will also be back ahead of the inter-county championship.

”We have two weekends of club games and then there is club hurling championship for two weeks but we will also hope to work in a number of challenge games.”