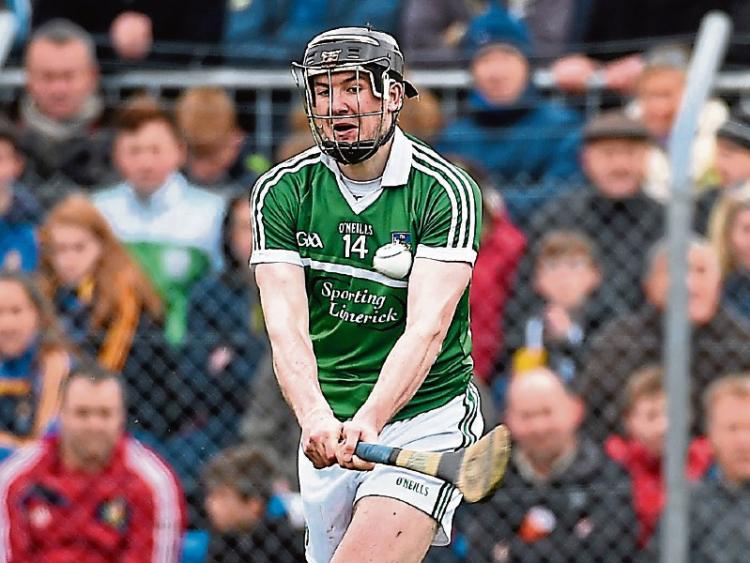 DECLAN Hannon could be set to miss Sunday’s Allianz Hurling League semi final with a recurrence of an old injury.

It has emerged that the Adare man is receiving treatment for an ankle injury – the same injury that saw him miss the 2014 league campaign after underdoing surgery in December 2013 to clean out ‘floating bone’ in his ankle.

A recurrence of this injury saw him miss the win over Dublin two weeks ago and his training has been curtailed since.

Tom Condon and Seamus Hickey also missed the win over Dublin but both have returned to training, with Hannon now the major injury concern for TJ Ryan’s Limerick ahead of Sunday’s Thurles test against league champions Waterford.

The semi final has a 2.00 start in Semple Stadium and will be followed, at 4.00, by the last four tie between Clare and Kilkenny.

Both games will be live on TG4 with a May 1 league final the prize on offer.

Champions last in 1997, Limerick are bidding to reach a first league final since 2006. Nine years ago Limerick were managed by Joe McKenna and the only player still involved is Seamus Hickey. Current manager TJ Ryan was full back in that 2006 league final loss to Kilkenny.

The bookies make Limerick the 13-8 outsiders to dethrone champions Waterford this Sunday.

In a busy weekend of GAA, the Limerick camogie and ladies football sides are also in league semi final action.

John Tuohy’s camogie side play league champions Galway. With confidence high after a play-off win over Cork, Limerick are bidding to reach a first league final since 2002. There are no survivors from that league final defeat to Galway.

Elsewhere the Limerick minor footballers are in championship action this Wednesday evening.

They travel to Miltown Malbay (7.00) to play Clare in round one of the Munster MFC. Limerick haven’t won a round one tie in over a decade but will be attempting to book a May 11 semi final against Kerry or Waterford. Defeat this week will see Limerick into a play-off on Wednesday April 20 against Tipperary or Cork.