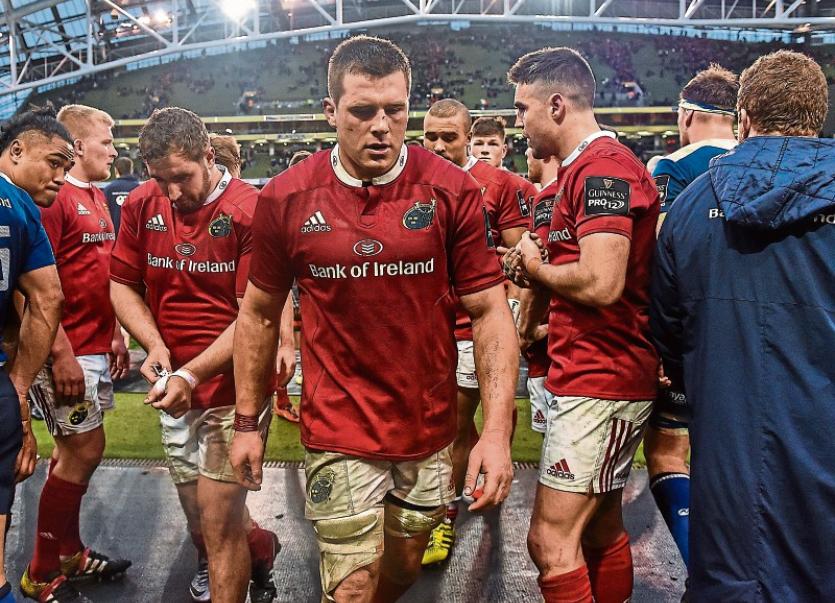 MUNSTER captain CJ Stander admits the side is facing three Cup finals as the province looks to rejuvenate their faltering bid to make the top four play-offs in the Guinness Pro12.

Sixth-placed Munster are ‘free’ this weekend with the quarter-finals of the Champions Cup taking centre stage before Anthony Foley’s men set their sights on the make-or-break clash with Connacht at the Sportsground in Galway on Saturday, April 16, 7.15pm.

Munster currently sit three points off fourth placed Glasgow in the table, with the Scottish side also having a game in hand on the Irish province.

Munster shipped a frustrating eighth defeat of the campaign when losing out 16-13 to arch rivals Leinster at the Aviva Stadium on Saturday night.

Munster skipper Stander said the players would be hard on themselves in the wake of their disappointing weekend defeat to Leinster.

Stander said: "The next two weeks is vital for us. It is like cup rugby, we want to get into that fourth spot and stay in that top six. You can't really take a step back. You have to look at yourself and what you left out there. So we will be hard on ourselves for the next few weeks.

“We have moved on from making those small mistakes. It is just the decision-making at the end. The boys did some great stuff (v Leinster). It's not good to lose, but I am proud of the boys.

“Fear is a great motivator. The boys know that. We will start speaking of that going into the next two weeks because we know, as I said last week, you are playing for scraps and you have to win the next few matches. We still have three matches to go."

Munster confirmed that second row Donnacha Ryan suffered sustained a concussion against Leinster and will continue to be assessed by the Munster medical team in the coming days.