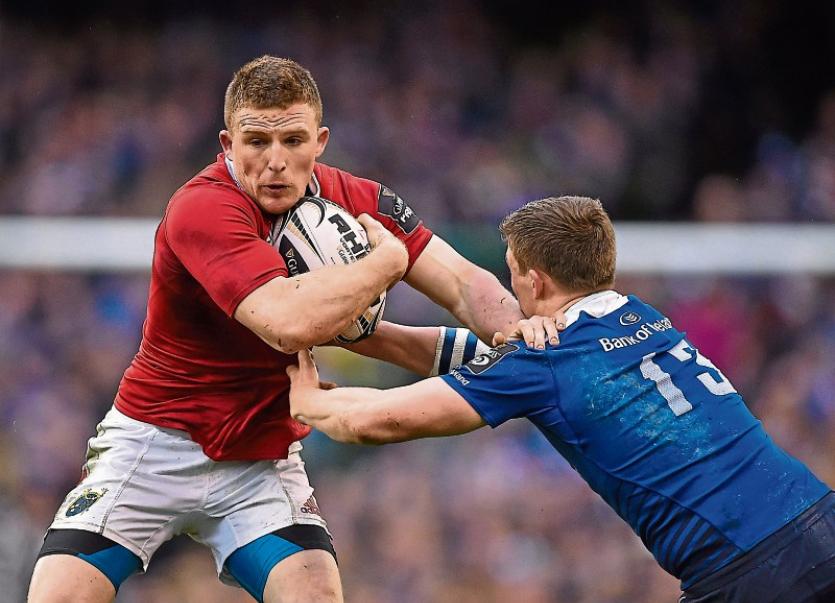 Colm Kinsella - At the Aviva Stadium

The dramatic defeat has seen Munster drop to sixth place in the table with just three series of games to go in the regular season.

Leinster held a 10-6 lead at half-time in an arm wrestle of a first half in which defences held the upperhand.

Munster lost Donnacha Ryan to injury after 27 minutes. The Ireland second row was replaced by Robin Copeland who picked up a crucial yellow card in the 35th minute.

Munster led 6-3 at that stage after an assured Johnny Holland kicked two penalty goals in the 13th and 30th minutes. However, Leinster made their one-man advantage tell in the 36th minute when Johnny Sexton touched down. The out-half also duly added the extras.

Munster hit the front eight minutes after the restart when their young out-half Holland touched down following an excellent spell of recycling and patience from the visitors.

Twenty four-year-old Holland also converted to see Munster into a 13-10 lead. However, that lead only lasted a short few minutes as Sexton brought the sides level with a 50th minute penalty goal after Francis Saili was penalised.

Munster’s inexperienced tryscorer Holland impressed in the 56 minutes he was on the field, justifying the decision to start him ahead of Ian Keatley who was introduced on 57 minutes.

A third Sexton penalty for Leinster saw the home side grind out a 16-13 lead after 63 minutes.

However, Munster hit back. Leinster replacement prop Cian Healy was sin-binned for a no-arms tackle on Dave Kilcoyne. Munster produced a terrific maul which was eventually hauled down deep inside the Leinster ‘22.

Munster gambled on winning the game in the 78th minute, rather than trying for a kick at goal and securing a draw from the resultant penalty.

The gamble failed as Munster knocked the ball on and Leinster held on for a narrow victory.