Holland to start at out half for Munster against Leinster 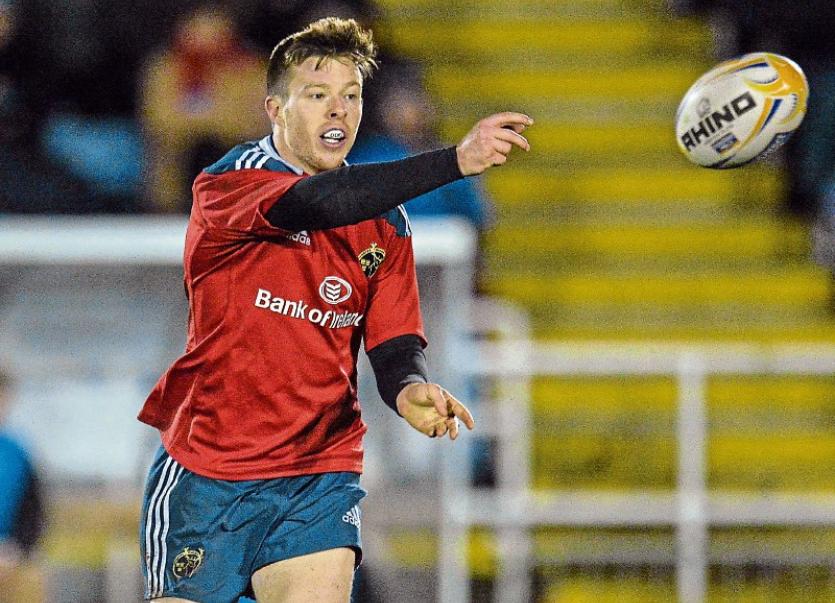 Munster Academy player Johnny Holland has been handed the out half jersey for Saturday’s Guinness Pro12 game against Leinster.

Holland, who has only made seven senior appearances for Munster (with just two of them as a starter) has been preferred to Ian Keatley for the game in the Aviva Stadium.

Holland started in the easy win over Zebre last weekend and gets the nod ahead of Keatley. It’s the second time this season that Keatley has been left out of the starting team for the game with Leinster. When the sides met in Thomond Park in December Tyler Bleyendaal started but hasn’t featured since because of injury.

Simon Zebo is named at full-back with Andrew Conway and Keith Earls on the wings. Darren Sweetnam is the back-up on the bench. Francis Saili and Rory Scannell continue their partnership in the centre. Conor Murray is named at scrum half. Keatley and Tomas O’Leary are the half-back options on the bench.

Up front Stephen Archer joins Niall Scannell and James Cronin in the front row with Donnacha Ryan and Billy Holland in the second row and CJ Stander, Dave O’Callaghan and Tommy O’Donnell in the backrow. The forwards named among the replacements are Mike Sherry, Dave Kilcoyne, John Ryan, Robin Copeland and Jack O’Donoghue.

Leinster currently sit second in the Guinness Pro12 table, four points behind Connacht. Munster are in fourth at the moment but could drop to sixth after Friday night's games if Ulster beat Connacht and Edinburgh beat Zebre with a bonus point. Glasgow, who are just one point behind Munster and still have a game in hand, will be expected to beat Treviso away on Saturday.

Munster and Leinster kick off at 5.30pm and the game is live on Sky Sports.