Chisholm out for season as Munster confirm two new signings 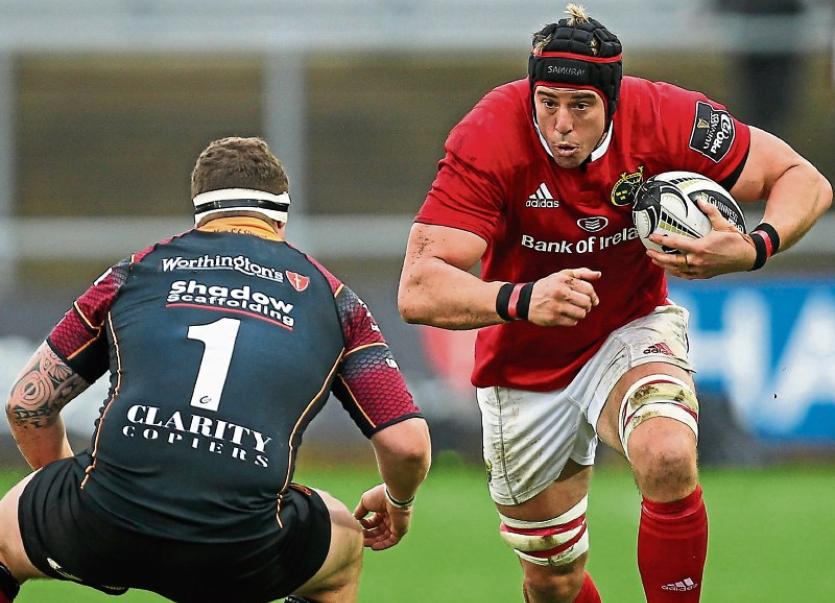 Munster’s Australian second row Mark Chisholm has been ruled out for the rest of the season because of concussion while the province have also confirmed the signing of two new players for the 2016-2017 season.

Tigh-head prop John Andress (32), who has represented Ireland at ‘A’ and U-21 level, has signed a one-year deal and joins from Edinburgh while former Academy second row Darren O’Shea returns to the province following a two-year spell with Worcester.

On the injury front, Chisholm will miss the games against Leinster this weekend and against Connacht, Scarlets and Edinburgh as well as potential playoff games in the Guinness Pro12 following the concussion he suffered against the Dragons earlier this month.

There was better news for Francis Saili who has returned to light training following a shoulder injury while Tomas O’Leary (groin) suffered no ill-effects from his return to competitive action at the weekend. Denis Hurley (calf), Kevin O'Byrne (knee and calf), Peter O'Mahony (knee) and BJ Botha (knee) all are continuing with their respective rehab programmes.

Munster play Leinster in the Aviva Stadium this Saturday at 5.30pm as they continue to push for a semi-final place and to secure their top six finish that will earn qualification for next season's Champions Cup.