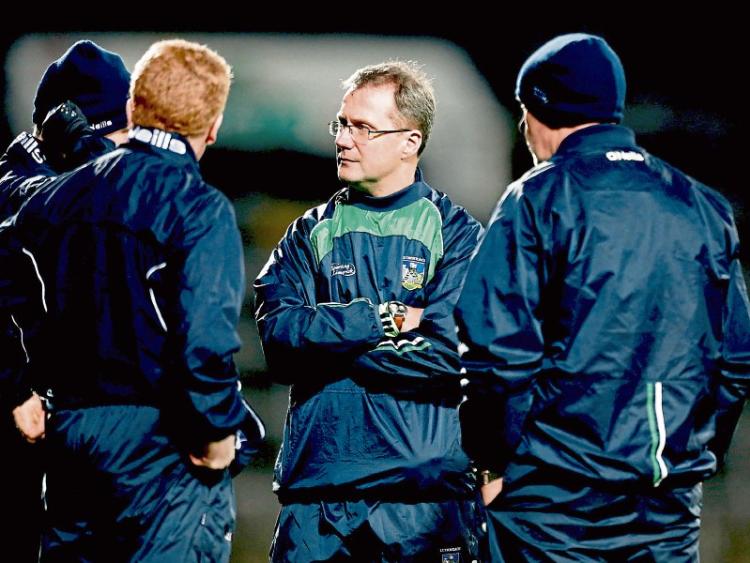 “It’s just that there’s no consistency in the performance,” was Limerick manager John Brudair’s reaction to his side’s relegation to Division 4 of the National Football Leauge after losing to Sligo on Sunday.

“We all have to share the blame in that. We’re trying to develop a young team and it’s taking time.”

He pointed to goals conceded at crucial points in the game. “It was killing us, giving away the ball too much, giving away easy scores. If you look at Sligo’s goals today, they came from errors on our part. We have to cut out those errors at this level because, once the opposition get on the front foot, it’s very hard to defend against them.”

However, he was pleased by a comeback that produced six unanswered points in the closing twelve minutes. “The first 40 minutes didn’t go to plan but, once we started to play after that, we looked quite comfortable. It just shows if you keep plodding away, you can pull them back. With just two or three minutes to go, there was just three points between the sides and that’s what you’ve to hope for to stay in the game.”

Looking back on a campaign that started with encouraging performances against Tipperary and Longford, Brudair expressed his disappointment with the way things worked out. “The first two games were very poor in not getting the results we deserved. But if you stopped the season after 55 minutes in Longford, you’d say things were going to plan when we were five points up. We really threw away the game against Tipperary when we were in a position to take the points. A young team after training very hard for eight to ten weeks, we were reaping the benefits of it but we imploded against Longford and we’d a poor performance against Clare.”

He believed that loss of players to injury and other reasons hampered Limerick’s options in the latter rounds. “We could definitely do with a few more dominant players in key positions around that middle eight. Strong ball-winners, players who bring other people into the game. Ian Ryan has been struggling with his back in the last few weeks which means he’s not been playing at full tilt.

“We need him to be playing well to give us a focal point up front. Just considering the four or five fellows who should be playing with Limerick in the forwards, we’re relying on one or two of them now for the majority of our scores.”

With the championship meeting with Clare in mind, Brudair said he was trying out tactical options in the league games against Sligo and Offaly. “To be honest in the last two weeks, we decided that these two games would be the focus towards the Clare game. We couldn’t control what we were seen to do. We were trying out a few things in terms of what we might use against Clare but they’ll have to be reviewed.

“It was more a case of the execution of those than the idea behind them. That’s the fine line between getting it right and getting it wrong.”