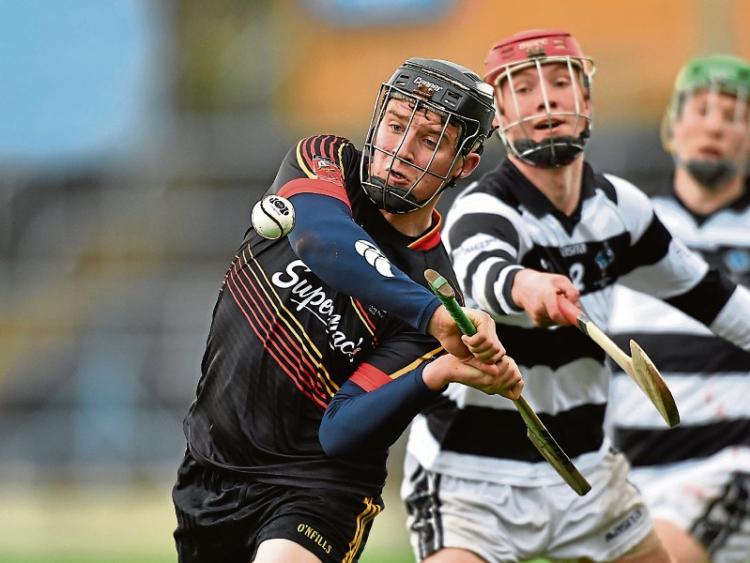 IT WASN’T to be third time lucky for Ardscoil Ris as their quest for a first ever Dr Croke Cup title was ended in Thurles on Monday when they were beaten 1-15 to 1-13 by St Kieran’s of Kilkenny.

For Kieran’s it was an unprecedented 21st title - and the fourth time they beat Limerick opposition in the decider - the third win against Ardscoil on top of victory over Limerick CBS in 1965.

It was a gallant effort by Niall Moran’s side, who ultimately fell short against a St Kieran’s side inspired by centre back Darren Mullen and his brother Adrian, as well as full forward Joe Cuddihy, who caused Ardscoil problems all afternoon in Semple Stadium.

A smart score from Conor Boylan got the North Circular Road school on the board to tie the game at 0-1 apiece after five minutes after Adrian Mullen had given the Kilkenny school an early advantage.

There were also great scores from Paraic O’Loughlin and Brian Ryan who both caught puck-out and scored from tricky angles. However, these were the only three points from play for the city school in the opening stanza as they depended on the free-taking of Paul O’Brien to keep them in the game.

That said, Ardscoil were the better side in the first quarter - however, a 22nd minute Joe Cuddihy goal changed the momentum.

Cuddihy’s initial effort was blocked before he pulled on the rebound past Sean Mullane, who had no chance in goal.

St Kieran’s buoyed by the goal, hit two late points at the end of the half to take a 1-8 to 0-7 lead into the changing rooms, with Martin Keoghan and Edmond Delaney getting the scores.

However, just 30 seconds into the second half, Ardscoil Ris had a goal. After a goal-mouth scramble, Paraic O’Loughlin flicked the ball into the back of the net.

But Niall Moran’s side couldn’t push on as Colum Prendiville responded for Kieran’s before a pair of Cuddihy points increased the gap to four points with 20 minutes to go.

Ardscoil, however, fought bravely and refused to give up.

Ardscoil fought back again with scores from Paul O’Brien, Darragh Cunningham and Paraic O’Loughlin. and reduced the deficit to two with five minutes remaining. But they only managed one more O’Brien free which was cancelled out meaning Limerick ‘s wait for a Croke Cup title goes on for another year