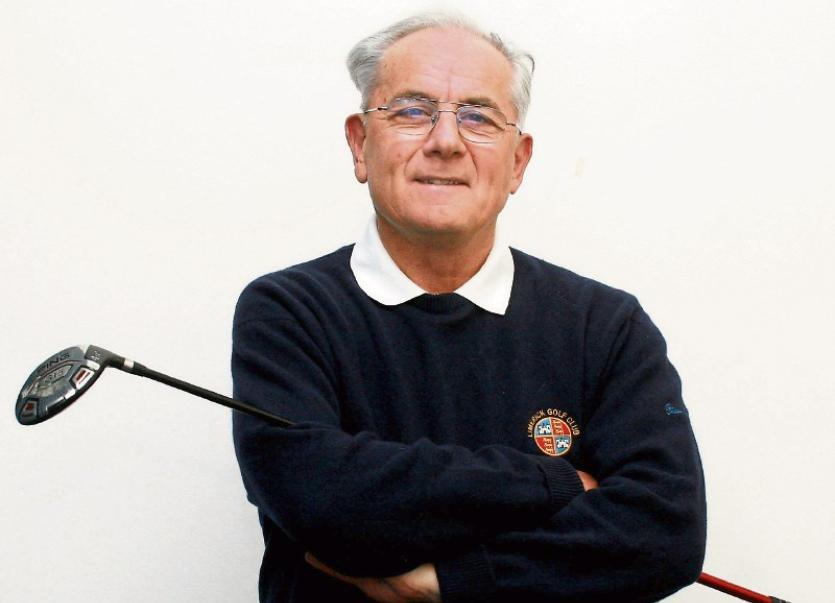 PURISTS will tell you that you can only compare apples with apples. What sportsmen do in their own era is not comparable with what was noteworthy in other generations. In spite of my most careful deliberation, my personal list of Munster's most successful and best golfers of all time is bound to spark a debate.

If winning is the sole criteria for judging golfers, apart from Cork's Denis O'Sullivan and Liam Higgins, no other professionals with Munster roots has won European Tour events. Why this proud province has failed so miserably to produce professionals capable of winning on the international stage evades explanation.

Pat Murray, arguably Munster's most consistent performer in the amateur ranks in recent times, thinks it is all due to a numbers game. Population imbalances give Leinster and Ulster an advantage. I don't buy that. What about the two Christy O'Connors from Galway?

After the 19-year-old, James Bruen (Muskerry & Cork) led the 35 qualifiers for The Open Championship at St. Andrew's in 1939 by four strokes, which were then scrubbed and they started all over again, Henry Cotton (three times Open Champion) declared that the young Cork man was well capable of winning the championship.

Unfortunately, the War intervened and Bruen's 'best years' were lost to him. Bruen's amateur victories bear the ring of quality rather than quantity. He was a busy insurance broker and there were no full-time golfers in those days, even amongst the professionals.

He rarely, if ever, played in any of the provincial championships only the national ones but winning the Cork Scratch four years running from 1938 to 1941 would, at the time, have been rated as highly as the West of Ireland because they were both played at Easter time and travelling all the way to Sligo would have been considered impractical.

Strangely, he did not enter John Burke's territory and play in The South either.

There's no doubt that John Burke (Lahinch) had the mentality to be a successful pro in modern times. With a twinkle in his eye, he told me that throughout the 1930s and 1940s, he “made more out of golf by staying amateur.” Burke's trophy chest of eight Close Championships, one Irish Amateur Open, six Wests, 11 Souths and a Walker Cup appearance in 1932 mark him as a standout figure in any era.

Four provincial championships wins, (two Wests, the North and East) plus seven runner-up places, well over a hundred Irish caps, winner of the British Seniors Amateur in 2007, a Walker Cup appearance and one of only two Munster men to play on the GB&I Eisenhower Trophy team barely reflect the stylish Tipperary man, Arthur Pierse's substance.

He never won the Irish Close but throughout the 1970s, Pat Mulcare (Ballybunion and Woodbrook) was the most feared golfer in Ireland. Three consecutive wins in 'the East' (effectively the Irish Amateur Open Stroke Play Championship), one South and a brilliant Walker Cup appearance in 1975 rounded off a stellar career.

Showing professional tendencies by winning 50+ scratch cups in his amateur days, which must be more than anyone in living history and adding two appearances in the Close final (one of which he won in 1985) as well as winning the East in 1990 plus his six pro wins on the European Seniors Tour demonstrates Denis O'Sullivan's (Cork) capacity to squeeze past the winning post.

Vincent Nevin (Ennis and Limerick) the pocket battleship from Ennis (originally) was first capped for Ireland in 1960 and subsequently became one of our most consistent performers in a green sweater, figuring on Ireland's first two (victorious) forays into European competition in 1965 and 1967. Vincent won the Close (1969), West (1972) and the South (1976 and 1978.) He was also the lynchpin in the Limerick team that won three Irish Senior Cups, two Barton Shields and a European Club's Cup in the same period.

A boy wonder and winner of the Irish Youths title three times, John McHenry (Douglas) also won the Close, South and Mullingar Scratch Trophy (72 holes) within a month in 1986. He made a Walker Cup appearance in 1987 before turning pro. It was a fine achievement to stay on the European Tour for 12 years but he never made the winning impact expected. His best performance was finishing 3rd in the Irish Open at Druid's Glen in 1998.

To win one national title is the achievement of a lifetime but to win three? In 1987, 1993 and 1998 Eddie Power (Tramore) was a proud and deserving Irish Close champion.

Liam Higgins (Cork and Waterville) won The Kerrygold Classic in 1977 when it was a major international event that attracted major winners from the USA and closer to home.

Liam also had three victories on the European Seniors Tour. As an amateur he was a regular winner on the scratch cup circuit and he played in the Home Internationals in 1968 before turning pro.

Employing an unorthodox grip with the four fingers of his right hand overlapping those of the left, Mick Power (Cork) was a ferociously uncompromising competitor throughout the 1950s.

He contested eight championship finals while winning the Close and East in 1951 and the South in 1952. He won the Cork Scratch three times.

There were echoes of the Bruen story when Eoghan O'Connell (Killarney,) another Cork-born, 19-year-old amateur shot back-to-back 65s in qualifying for the 1987 Open Championship at Muirfield. His burgeoning professional career was cut short by a wrist injury. In 1989, Eoghan helped GB&I to win the Walker Cup for the first time on American soil but not before he was part of a four man Eisenhower Trophy team that won the World Amateur Team Championship in Sweden in 1988.

David Higgins (Waterville) won the Close/South double in the 1994, turned pro and has been on and off the European Tour ever since with, sadly, no wins. His best performance came in the Italian Open in 2013 when he finished in second place by one, priceless shot.

Tom Cleary (Fermoy and Cork) has been a feature at the pinnacle of Munster golf for well over 40 years. Currently he is one of Ireland's strongest senior international players.

Pat Murray (Tipperary and Limerick) has had an exceptionally long and distinguished career in the blue of Munster and green of Ireland that isn't finished yet.

He won the Close in 2009 and the South in 2012 after losing in an unprecedented seven semi-finals.

Diminutive Paddy Leyden (Spanish Point and Lahinch) had one of the deadliest short games ever seen at Lahinch.

A strong performance in the US Open (as an amateur) when he completed all four rounds won him a place on the GB&I Walker Cup team after which he turned pro and promptly won full privileges on the European Tour.

Sadly, he was unable to retain this coveted and increasingly elusive position and is currently plying his trade on the Challenge Tour.

A member of the so-called Famous Five Irishmen who played on the winning GB&I Walker Cup in 2015, Gary Hurley (West Waterford) has recently turned pro.

He failed to win his tour credentials but has already won his first event as a pro - the Algarve Pro Am which carried a first prize of €3,750. Presumably, there are better paydays yet to come?

Michael Guerin (Killarney) won the South on three consecutive occasions, 1961/2/3 and was the beaten finalist in 1978. In between he had a brief flirtation with the pro ranks.

Tom Egan (Monkstown) won the Irish Close in 1952 and lost in the final of the South in 1951. He also won the Cork Scratch Cup twice.

When Ireland won the European Team Championship for the second time in Turin in 1967, Tom garnered the winning point in the most tense and gruelling of circumstances.

Cian McNamara (Limerick and Monkstown), won The South in 2004 as a teenager. He also won the prestigious 72-hole Carlow Scratch Cup.

His blistering career in Boy's golf included wins in the Junior British Open, Irish, Leinster and Munster Boys Championships as well as the Munster and Leinster Youths. Representing Ireland at all levels, he also captained GB&I in the Jacques Leglise Trophy versus the Continent of Europe.

He played on the Challenge Tour in 2010. His regular forays into IPGA Pro Am events have proved lucrative with noteworthy Pro Am wins at Cork, Cairndhu, Oughterard, Connemara and Dundrum.

Jackie Harrington (Adare Manor and Limerick) was a feared and respected competitor countrywide from the mid-1950s until the early-1980s.

He won the Irish Close at Ballybunion in 1979, 17 years after he lost in the final of the same championship to Michael Edwards (Shandon Park) on the 42nd hole. Like Nevin, he had a brilliant senior cup and Barton Shield record with Limerick GC.

Niall Goulding (Cork and Portmarnock) was a most formidable competitor who won back-to-back 'Wests' in 1990 and 1991.

He had an excellent record when playing for Ireland and is considered unlucky not to have been selected for Walker Cup action.

George Crosbie (Cork) lost in three consecutive finals of the Irish Close (1955/6/7) but had six wins in the Cork Scratch Cup. He captained Ireland during one of its most glorious, winning spells in the Home Internationals.