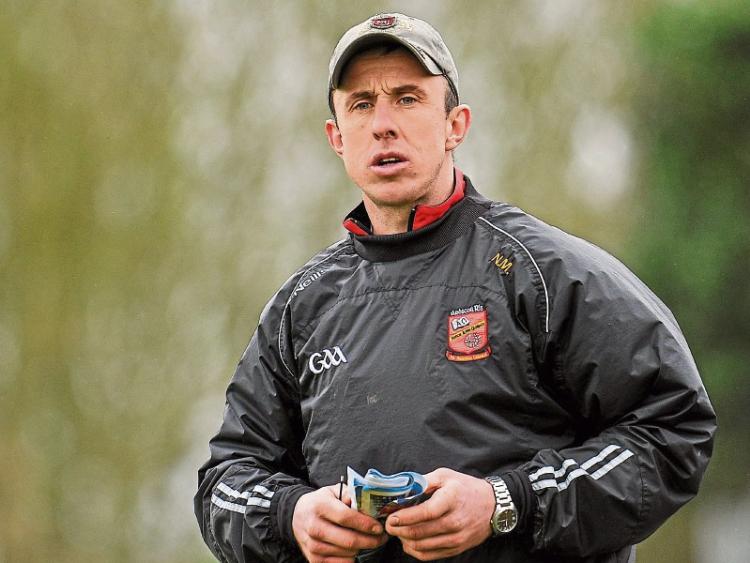 MANAGER Niall Moran bids to lead Ardscoil Ris to All Ireland glory this Monday and it’s not his first attempt to annex a Croke Cup title.

Back in 2000 the current Ardscoil Ris manager played in the All Ireland Post Primary Schools senior A hurling championship final.

That was in the blue of St Flannan’s College in Ennis.

Just like Monday St Kierans provided the opposition in Nenagh and defeat was Moran’s lot – the Kilkenny kingpins were 1-10 to 0-9 winners.

It was a St Kierans side laden with stars – Jackie Tyrrell, Brian Hogan and Tommy Walsh (all Kilkenny), Brian Carroll (Offaly) and Eoin Kelly (Tipperary).

Just 10 years later, Moran was back in the final – as part of the Ardscoil Ris management in their maiden final appearance of 2010. Defeat was their lot.

Five years later the Limerick city secondary school are back in their third final and again Moran is manager and again St Kierans stand between him and Croke Cup success.

The Ahane man is well aware what the Kilkenny city side will bring to Thurles.

“St Kierans will work hard and bring a high level of skill and it’s just about us matching that,” said Limerick’s former inter-county forward.

He added: ”We know there is a huge challenge and that we will need to be at the top of our game.”

“I think we still have room for improvement. I know there are things we are working on for the last few weeks in training because we know we are far from the finished article,” said Moran this Tuesday afternoon.

“It’s about performance levels. We are not thinking about the setting or the occasion –  it’s just about performing on the day,” said Moran, who has fellow teachers Fergal Lyons and Paul Flanagan and past pupil Barry Hennessy joining him in the school management team.

As is the custom in Ardscoil Ris, Moran and Fergal Lyons started out with his group of players in first year have worked with them for the past number of years. Back in November 2013 they lost a Dean Ryan Munster U-16 final to Midleton CBS but two years later have won provincial senior honours and now chase All Ireland glory.

“We have done all we can so far and find ourselves in a final. The players are willing and ready. They have shown a great attitude and have worked hard and that has us where we are,” said the manager in praise of his panel of 35 players.

Ardscoil Ris have won four of the last six Harty Cup titles but Moran is taking nothing for granted and urges all to maintain standards.

”We can never look beyond our next game. We are working with this panel and the year will come to an end and we will start with another bunch of lads.”

The north circular road secondary school may have lost two Croke Cup finals but the manager is not getting bogged down with history.

”We have not a whole lot spoken about the past. Even around the school there is very little talk about is breaking our duck – we are taking it game at a time and while that may be a cliche it’s the way we have taken it all year,” he said.

“If you start making goals months in advance, you will find that you might not reach it.”

But by his own admission the ethos within the school is to aim high.

”Sport plays a big role in Ardscoil Ris – be is hurling, rugby or basketball. With extra circular activities we push for as high as we can to ensure we get well moulded pupils leaving the school.”

Those high expectations bring the teenagers of Ardscoil Ris to the famed surrounds of Semple Stadium in Thurles this Monday and to the live television exposure of TG4.

”Thurles is but a pitch with four white lines. It’s about what happens inside those lines. Some of our lads would have played there with minors. A schools finals is different alright – it’s a different atmosphere and usually one that spectators and players thieve off,” said Moran, who ended his inter-county career just over 12-months ago after a career that saw him play senior championship hurling on 46 occasions.