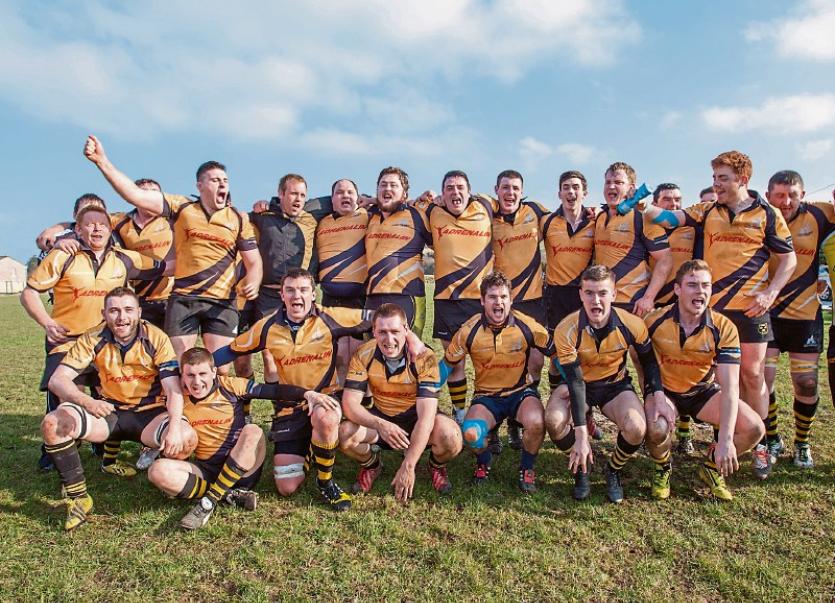 Abbeyfeale were crowned Munster Junior League Division 2 champions on Sunday thanks to a whopping 45-5 home win over Kinsale on the final day of the season.

They will be joined in the top division by Cobh Pirates who also had a bonus point win to stay ahead of Thurles in second position.

John Murphy, Jake Quirke and Cormac Roche got one try each for Abbeyfeale while Stephen Daly kicked six conversions and a penalty.

Division 1 of the league also came to a conclusion when Clonmel were crowned champions for the second successive season.  They were 34-5 winners over Muskerry and will now go on to compete in the AIL round robin series to try and gain promotion to senior for next season.

Galbally’s good season continued when they beat title contenders Bandon by 21-18, their tries coming from

Brendan Childs, Danny Hayes and Stephen Hayes. Jack O'Mullane converted all three. The result sees them finish on 42 points and currently the highest-ranked Limerick junior club. Richmond have a game in hand against bottom side Old Christians, however, and could leapfrog them. They were 23-17 winners over Clonakilty on Sunday after coming from 17-6 down at half time.

Richmond who had two penalties from Briain Bennett in the opening half added tries from Shane Halpin, Sean Bennett and Stephen Collins and a Bennett penalty and conversion. They, along with Galbally, are sure of a top four finish and a place in the All Ireland Junior Cup next season.

Should St Mary’s survive then there will be five Limerick teams in Munster Junior League Division 1 next season - Galbally, Richmond, Newcastle West, St Mary’s and Abbeyfeale.