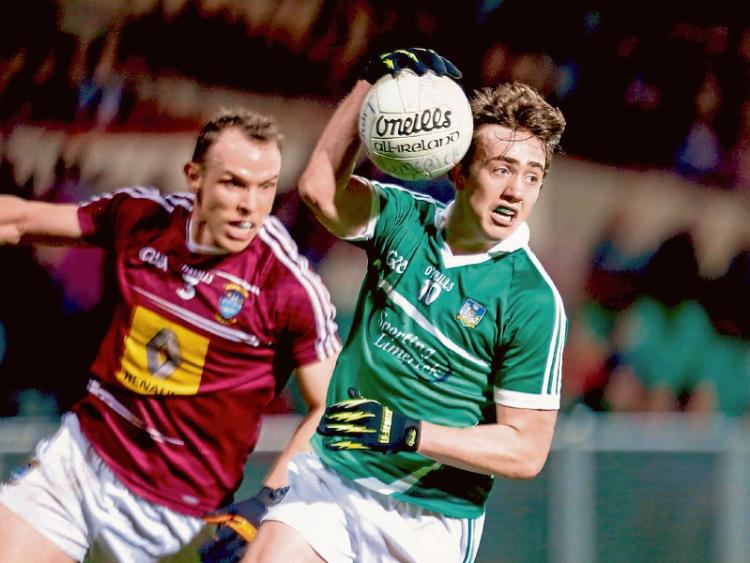 AFTER his side’s stirring performance against table-toppers Kildare six days previously, Limerick manager John Brudair was at a loss to figure out how the footballers could be hammered by relegation rivals Westmeath in Saturday’s national league clash in the Gaelic Grounds.

“We thought we’d turned the corner last Sunday but there was none of that energy and effort out there tonight. It’s very hard to put your finger on why it didn’t happen. Players don’t go out intentionally to play like that. Some days just don’t go well for you and tonight was one of them.”

A soft early goal started the rout but he felt that his side should have responded better then they did. “We just made some silly mistakes when we needed to get into the game. But that we started to turn the ball over cheaply. That shouldn’t have knocked the confidence out of the team. Those mistakes happen but you have to get over them.”

Still, the goal made Limerick’s task far more difficult, especially when Westmeath another two within minutes. “They got the breathing space out of the goal. Went from four-one up to leading by six points. They’re a decent team and all they needed was an opening.”

Once again, Limerick’s scoring let them down with just two points from play, one from a midfielder and the other from a back. “Scoring has been a worry all year. It has always been down around three or four scores from play all year. We don’t yet have top marksmen in terms of regular scorers at inter-county level.”

The result leaves Limerick rooted on their own at the bottom of Division 2 with just two games to go. Brudair is aware of its significance. “We needed a win today. Now the maximum we can get is five points. All the other teams can get above that. So now we’re relying on them to make mistakes.”