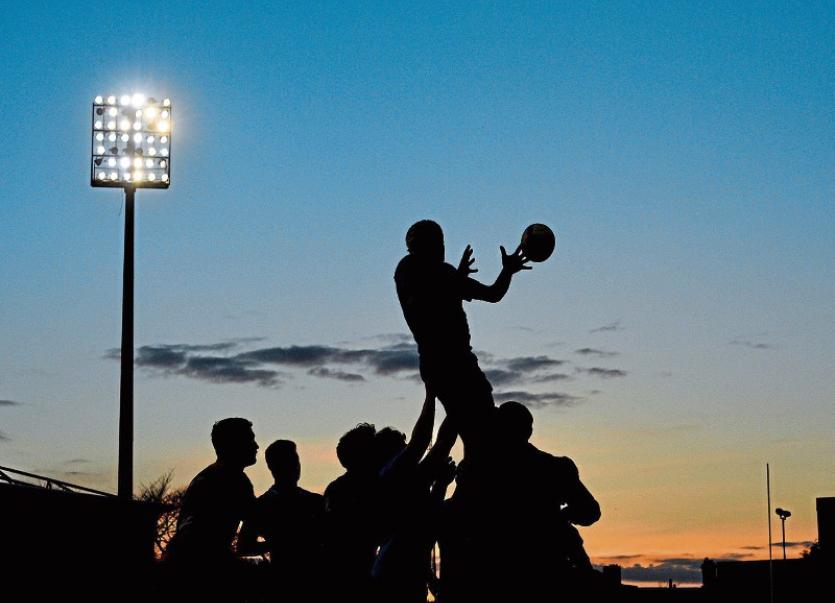 THE race for top four play-off places and the battle for survival will occupy the minds of Limerick’s seven Ulster Bank League clubs this Saturday.

With just three rounds of regular season fixtures to come, local sides will be desperate to pick up vital league points this weekend.

In Division 1A, third-placed Young Munster will look to cement their top four hopes when they entertain second-placed UCD at Clifford Park, 2.30pm.

Also in the top flight, fifth-placed Garryowen face a vital fixture in the play-off race when travelling to Cork to take on fourth-placed Cork Constitution at Temple Hill.

In Division 1B, sixth-placed Shannon will look to boost their fading promotion play-off hopes when host high flying St Mary’s College on the back pitch at Thomond Park, 1.30pm.

Elsewhere in Division 1B, ninth-placed Shannon face a crucial fixture in their survival battle when they head Leeside to take on fellow strugglers Dolphin at Musgrave Park.

In Division 2A, Thomond will be desperate to pick up some points in order to to boost their survival hopes when making the long journey to Rifle Park where Banbridge provide the opposition.

In Division 2C, leaders Old Crescent will look to take a giant step towards automatic promotion by defeating Kanturk at Rosbrien, while Bruff will look to keep their promotion play-off hopes alive when entertaining Navan at Kilballyowen Park.

In the top flight, Young Munster will be anxious to get back to winning ways against high-flying UCD at Greenfields. Munsters’ saw their five-game winning run in 1A ended at the hands of Clontarf on Saturday.

Third-placed Munsters have won 9 of their last 11 Division 1A fixtures. David Corkery’s men sit two points behind Saturday’s opponents UCD in the table.

The league top scorers, UCD, had hit a rocky patch of late, losing three of their last four outings on the back of a 9-game winning run.

Meanwhile, also in Division 1A, Garryowen’s play-off ambitions face a critical point on Saturday when Conan Doyle’s side travel to Cork Con. The sides are locked together on 38 points, although Con have a game in hand on their Limerick rivals.

Both Garryowen and Cork Con are six points behind third-placed Young Munster in the 1A table.

Garryowen secured their second win in five when seeing off Terenure in a crucial league tie at Doradoyle on Saturday last.

In Division 1B, Marcus Horan’s Shannon side will be determined to score a first win in four AIL fixtures when hosting high-flying St Mary’s College at Thomond Park at lunchtime on Saturday.

A run of three successive defeats has seen the Parish side fall eight points behind Old Wesley, who occupy the final promotion play-off spot in 1B.

Shannon opponents St Mary’s are on a highly impressive 11-game winning run in Division 1B.

Also in 1B, UL-Bohs will be keen to bounce back to winning ways after shipping a heavy home defeat to Dublin University on Saturday.

That loss saw the Annacotty side drop five points off eighth placed Blackrock College, currently safe from relegation. UL-Bohs are 14 points ahead of bottom-placed Belfast Harlequins who occupy the automatic relegation place.

Struggling Thomond, who have lost their last four games, since defeating Skerries in January, are level on points with Corinthians at the foot of the table.

The side finishing bottom faces automatic relegation to 2B. Thomond are 10 points behind eight-placed Skerries, currently safe from relegation.