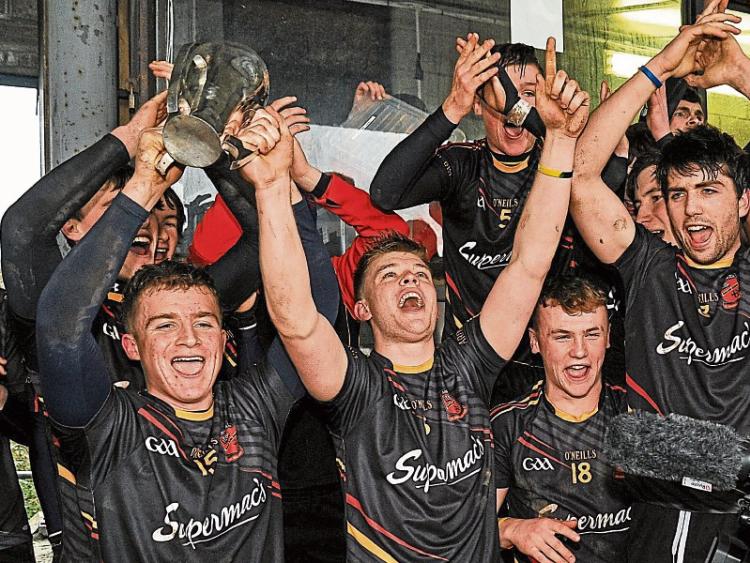 ARDSCOIL Ris enhanced their ever-growing reputation as one of the major hurling nurseries in Munster when they claimed their fourth Dr Harty Cup in seven seasons.

It was a second-half where the north-side school out-scored Our Lady’s Templemore 0-6 to 0-1 which saw Ardscoil claim the title.

However, despite a dominant display after the break, manager Niall Moran was quick to praise the highly-rated Tipperary school for their part in a final played in desperate conditions in Nenagh.

“Templemore were brilliant,” Moran said. “They were heroic in what they did.

“I suppose to both teams in the conditions they gave it their all it was hard on them”.

The Tipperary side almost snatched a dramatic draw in the final stages of the low-scoring final but Moran was happy to see his side come through.

“Yeah, it was tense,” the Ahane man admitted. “I suppose in a game like that when you don’t put away a side and leave teams in it with three points in it anything can happen.

“Murphy’s Law suggests that a goal would have come but fortunately we hung on in the end,” he added.

While it was the second half where they pulled away, it was the first half, playing into the breeze where Ardscoil laid the foundations to victory.

In a game where they could have been far behind at the interval, they trailed by just two, 0-7 to 0-5 at the change of ends.

“Yeah we were pleased to be two points down but we left scores behind us too.

“Look we weren’t thrilled but it was still a good platform for the second half and any team that gets ahead in those conditions are hard to claw back,” Moran revealed outside the victorious dressing-room.

Conditions meant that scores were hard to come by and Moran knew that if his side were to bring a fourth Harty Cup to the North Circular Road school, they needed to be quick out of the blocks.

“Yeah I suppose we got a couple of points again (early in the second half). It’s hard to claw teams back” Moran said after his side scored in the first minute of both halves in their 0-11 to 0-8 win.

In a busy time for the Ardscoil Ris players – both on the field and academically also, Moran was quick to praise the teachers in the city school as well as the coaches of the player’s club and county sides.

“We have seven or eight teachers who will live and die for the Harty Cup and hurling in general and without those teachers this thing won’t survive into the future. Thankfully for them we got the reward today.

“They have mock exams and club under-21 championships and inter-county teams and that and look, you have to try and find a balance and it’s a big strain on lads that age but they’re bright and they’re well able for it,” he added.