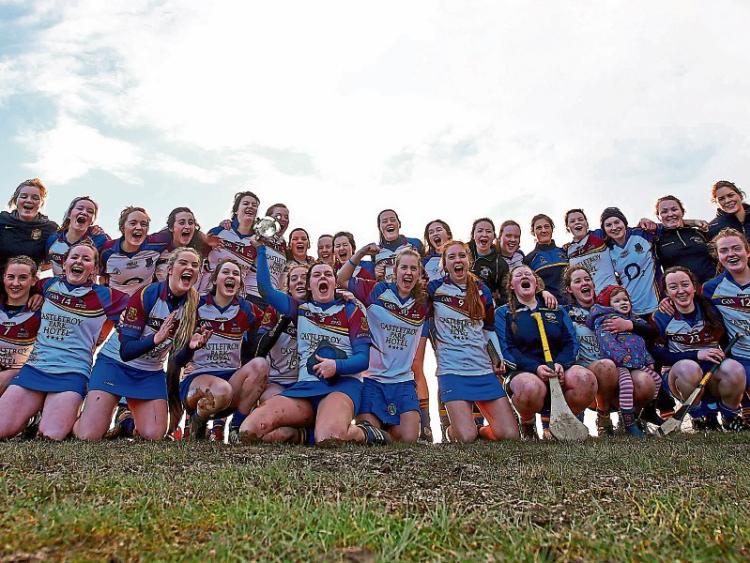 THERE was late drama in Gort on Sunday as the University of Limerick won their sixth Ashbourne Cup title thanks to a late goal from captain Laura McMahon.

UCC looked like they might come out on top after turning a six-point deficit into a two point lead from a very late goal from Katrina Mackey.

UL were favourites going into the game but UCC battled hard throughout, and with excellent performances from Katrina Mackey and Hannah Looney, UCC gave a very good account of themselves.

Both sides looked nervous as the game started as they registered wides, and it was UL’s player of the game, Patrice Diggin, who opened the scoring with three frees from play, from various angles. The Cork girls rallied and brought the margin to just one point after a goal from Katrina Mackey. Sarah Fryday struck her first goal of the game toward the end of the first as she netted to give UL the lead at half time, 1-5 to 1-3.

The second half saw a fine exhibition as both sides demonstrated why they were good enough to be competing for silverware. Through the exploits of Diggin and Clare’s Aoife Keane, UL opened up a four point lead. With 16 minutes to go Fryday netted for her second goal, after a powerful run by Niamh O’Dea who handed it off, Fryday was ruthless with her finish. With seven minutes remaining, Looney netted to draw the sides level, and give UCC the momentum. A Mackey goal for UCC just before injury time gave them the advantage by the minimum, 4-7 to 2-12.

However, there was to be one final twist. UL won a free deep into injury time on the 45m line. It was to be the last play of the game and as a result there were 25 bodies in the UCC goal mouth. Player of the match, Patrice Diggin landed the ball in the square, and Laura McMahon flicked to get a flick on it to snatch victory for UL.