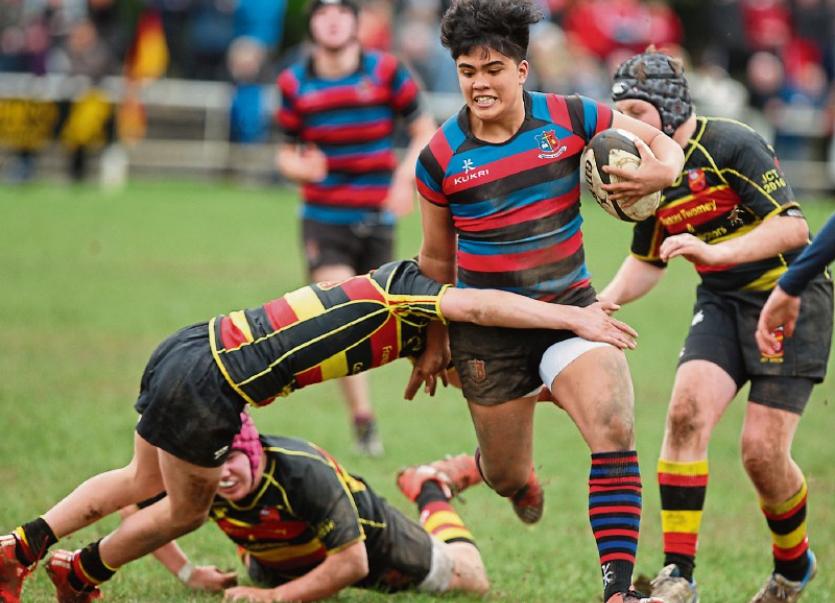 FAVOURITES Crescent Colege powered their way into the semi-finals of the Munster Schools Junior Cup after a 29-3 quarter-final win over local rivals Castletroy College at Thomond Park on Thursday.

There was disappointment for St Munchin’s College earlier in the day at Thomond Park when they bowed out of the competition at the hands of holders CBC on a 10-7 scoreline.

Crescent College, who have contested five of the last six Junior Cup finals, scored five tries in all. The winners led 2013 champions Castletroy College 10-3 at half-time with tries from winger Ben Carew and centre Jamin Hoffman.

The Castletroy points came from an Eoin Murphy penalty goal on 21 minutes.

Crescent College added three more tries in the second half through lock Cian McDonagh, Carew, who was touching down for a second time and winger Timothy Duggan. Out-half John Hurley converted two of the tries.

Earlier, CBC had bossed long stages of the opening half against St Munchin’s College, but the tenacious Limerick side remained well in the contest at the break when trailing 3-0. The CBC points came courtesy of a 12th minute penalty goal from out-half Billy Caine.

St Munchin’s out-half Jazz Pendejito was unfortunate to see his 33rd minute penalty attempt drop just short of the uprights from outside the CBC 10 metre line.

St Munchin’s produced a much improved display in the second period with the likes of number 8 Jack Kingston, scrum-half Conor Purcell and captain Crowe leading the charge.

However, CBC took a grip on the game when inside centre Fergal Conway touched down in the 44th minute. Caine’s conversion made it 10-0.

Resilient St Munchin’s gave themselves a lifeline when winger Kristan Lugod touched down in the right corner in the 58th minute following a quickly taken penalty. Pendejito superbly converted to cut CBC’s lead to three points, 10-7.

However, time ultimately ran out on St Munchin’s Junior Cup campaign as the Cork side held on for a narrow win.