Crescent into Schools Senior Cup semis but Ardscoil bow out 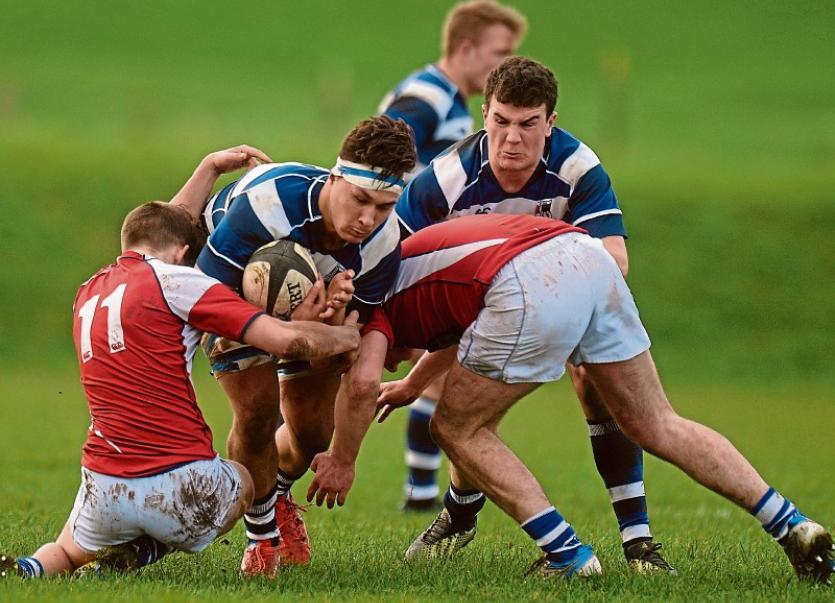 THERE was mixed luck for the two Limerick schools competing in the quarter-finals of the Munster Schools Senior Cup on Wednesday as Crescent College Comprehensive advanced to the last four, but Ardscoil Ris bowed out.

Crescent College ended Rockwell College’s reign as champions, thanks to an impressive 17-5 victory at Clanwilliam FC.

2013 and 2014 Senior Cup winners Crescent led 10-0 at half-time with full-back Daniel Hurley grabbing a vital 15th minute try to go with a penalty and conversion.

Flanker Niall Mulcahy put the game beyond Rockwell’s reach five minutes after the re-start with the Limerick side’s second try. Hurley again converted for a 17-0 lead.

Rockwell did gain a consolation try through flanker Ben Murray.

Meanwhile, Ardscoil Ris, failed to repeat their 2015 quarter-final win over CBC when losing out 28-15 to the Cork side on UL’s 4G rugby pitch.

Ardscoil Senior Cup finalists for the past two years lead 10-5 at half-time with out-half Conor Fitzgerald helping himself to a try, conversion and penalty goal.

A second Ardscoil try from Darren Gavin helped the Limerick side regain the lead at 15-12. However, CBC racked up 16 unanswered points through the final quarter to claim an impressive win.

The draw for the semi-finals of the Munster Schools Senior Cup is due to be made in Musgrave Park tomorrow following the completion of the remaining quarter-final between PBC and Bandon Grammar School.