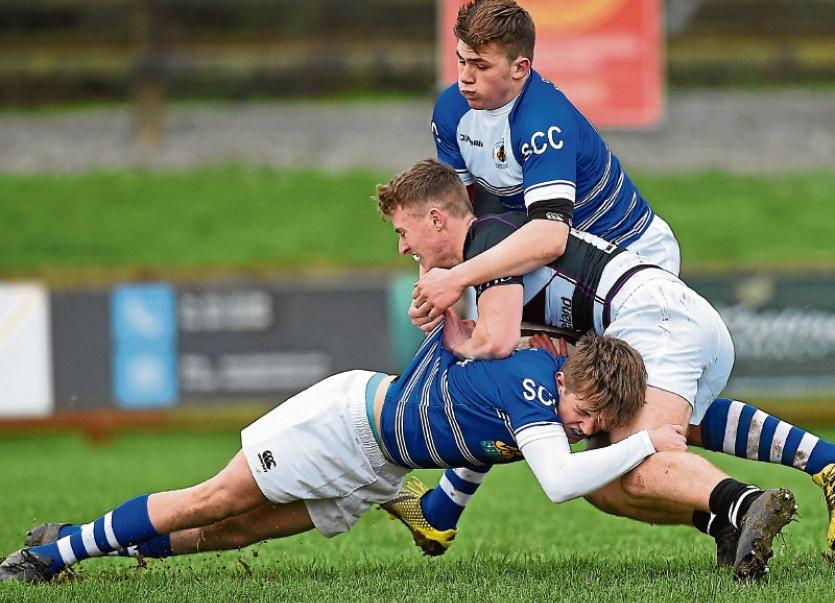 THERE were four games down for decision in the Munster Schools Cup in Limerick on Wednesday afternoon.

Traditional powerhouse PBC proved much too strong for St Clement’s in the senior game in Rosbrien as they eased to a 60-0 win while it wasn’t much better for the Clement’s junior team as they were beaten 48-5, their only consolation being a late try from Alex Kiely.

In the other junior cup game, Glenstal caused something of a surprise when they recorded a 14-0 win over Castletroy in Dooradoyle. The sides were scoreless at half time but second-half tries Padraic Mulligan and Ronan Quinn as well as two conversions from Andrew Hogan saw the Murroe-based boarding school go straight through to the quarter-finals.

Thursday sees four more games down for decision. Ardscoil Ris and St Munchin’s meet in Tom Clifford Park in a senior/junior double header while Rockwell and Bandon clash in Clanwilliam.