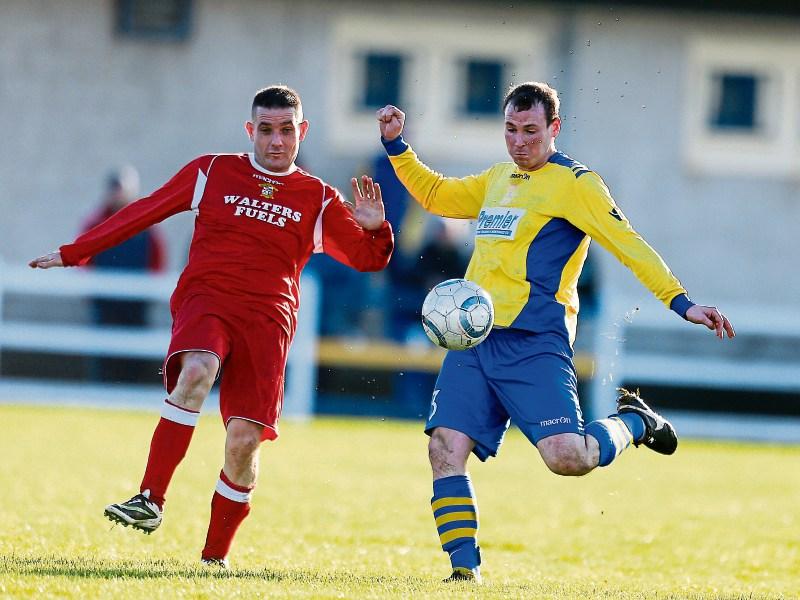 FOLLOWING the success of Limerick sides in the FAI Junior Cup, this weekend is the turn of the Munster Junior Cup and four representatives from the District League are in action.

Moyross will be looking to bounce back from the disappointment of a 4-1 defeat to Fairview last weekend when they host Nenagh Celtic.

The Tipperary lads were in attendance last weekend when Moyross bossed Fairview in the first half only to fall away as the game progressed.

Back to full strength the Northsiders have nothing to fear and a good run in the provincial competition could kick start their season at last.

Division 1B side Regional United B are the surprise packets in this round of the Munster Junior and they face a tricky tie away in Cork. Opponents Kilreen have only played two League games this season but have been doing well in cup games.

Regional have some very talented youngster allied to players with massive experience of the big occasion so the mix could well be a recipe for another giant killing display.

Cork side Carrigtwohill United welcome high flying Division 1A side Nenagh AFC while Division 1B side Holycross face a task game at home to Killarney.

In the FAI Youth Cup Regional are on the road again to play Woodlawn Sportslink while Wexford Youths host Nenagh AFC.

Fairview Rgs are favoured with home advantage against Ballymahon.

The top game of the weekend is the Premier League clash between the bookies two favourites for the title; Pike Rvs and Janesboro.

Both teams come into the tie on a high following success in their FAI Junior Cup wins last weekend and both know the importance of Sunday’s encounter.

It is the first time the sides have met this season but going on records over the last three seasons there is usually little to separate the sides.

Last weekend the high scoring Janesboro frontline were well corralled while in the Pike Club Pat Mullins and Wayne Colbert played starring roles at the heart of the Pike defence.

So that battle alone is worth the trip to Sunday’s game.

In what is the tightest League in years, Sunday’s game will not decide anything but it may well set the tone for what could be the first of many games between these sides.

Like Janesboro, Carew Park have played three games less than leaders Regional United and if they can beat Geraldines on Sunday they will move to within two points of the leaders.

Albert Slattery’s men left it late on Sunday, needing a 90th minute strike from Kieran Hanlon to see off Hanover Harps in the FAI Junior Cup.

It is their seventh win by a single goal this season and it seems to be a problem for Carew wherein they are unable to put a game to bed despite being well in control.

Its over a month since Geraldines last game and they have parted company with Keith Harnett who has signed with his local side Rathkeale after a glittering career in the Limerick District League with Pike Rovers, Fairview Rgs and Geraldines.

No doubt Aidan Ryan and Mike Considine will be working on strengthening the squad before Sunday’s game.

Ballynanty Rvs can more or less secure their safety if they can beat Summerville on Sunday morning. That said if the visitors could fashion a win it keeps things interesting.

Nearly six weeks without a game Aisling Annacotty welcome Fairview Rgs to Annacotty on Sunday looking for a win that should take them into relaxation territory.

Fairview Rgs won 4-1 on Sunday against Moyross in the League thanks to a good second half display.

Aisling have been beset with clubs chasing their top scorer Keith Mawdsley who no doubt will take the step up to Senior Soccer.

In the meantime Aisling manager Ray McMahon will gladly make use of the prolific youngster.

Conor Laffan from Croom United has joined the Annacotty side to give further firepower to the side.