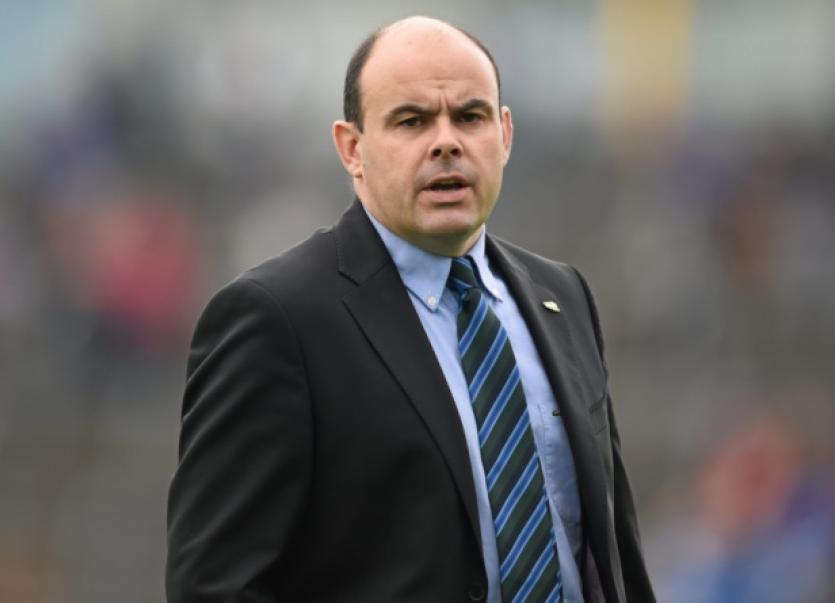 LIMERICK GAA secretary Mike O’Riordan has called for a report into the future of the Gaelic Grounds - including potentially replacing the Mackey Stand.

LIMERICK GAA secretary Mike O’Riordan has called for a report into the future of the Gaelic Grounds - including potentially replacing the Mackey Stand.

The call comes in his address to next Monday evening’s Limerick GAA Annual Convention in the Rathkeale House Hotel.

O’Riordan’s 14,500 word report was this week circulated to the clubs of Limerick in advance of the Annual Convention, where all officers will be returned unopposed.

“The one area in need of attention in particular is the Mackey Stand and I feel that there will have to be major review of the future of the venue once the Mick Neville Park project is completed. Everyone would love to see the North Stand covered and the Mackey Stand replaced with a stand with the same gradient as its counterpart,” said O’Riordan.

“Whether there is an appetite within the county to progress with a project of that scale will remain to be seen. With any project in the short and long term it will have to be self-sufficient,” said the secretary.

“The lack of games and events at the Gaelic Grounds is a major concern again this year with only one game of substance Limerick v Tipperary being played in the City venue. Having explored the idea of concerts being held there and no real appetite from promoters to utilise the venue we will now have to explore other areas of revenue to maintain the facility. The hosting of certain National Hurling and Football League games at the venue is not viable. The burden of the facility is becoming a financial issue for the Board even though the commercial activities have increased it is still not enough to make it self-sufficient,” he outlined.

“The Gaelic Grounds is also an area of concern financially especially when there is no guaranteed game next summer.”

However, development works in Rathkeale’s Mick Neville Park will go ahead.

“On a positive note the development at Mick Neville Park is nearing completion and we currently have three quarters of the funding sourced between the Munster Council, Croke Park and the Sport Capital Programme. We have over €800,000 in reserve. We need another €400,000 to complete the project. There was no major development work carried out this year at Mick Neville Park. There was good news with our Sport Capital Programme application being successful to the tune of a €200,000 grant approval.

“To complete the final phase of the development it will take another €400,000 and a major fund-raising drive will commence in early 2016. Hopefully by the end of 2016 we will see the completion of the project costing nearly €3.6million.

“The venue will be capable of hosting National League, Provincial and Club Championship games, Conventions and County Board meeting if necessary,” outlined O’Riordan.

“I would envisage that once Mick Neville Park is complete that we would move operations (secretary’s office) out to Rathkeale until a review of the Gaelic Grounds takes place. I would also see Coaching and Games move to Mick Neville Park once the facilities are finalised.”

On the field of play, the Limerick GAA secretary said it “hasn’t been a bad year”.

“It has been another great season with the Limerick U-21 Hurling Panel and Management winning the All Ireland U-21 Hurling Championship in Thurles last September. The Limerick Minor and Intermediate Hurling teams were both unlucky not to win their respective Munster Finals.

The Senior Hurlers were a major disappointment after such a promising start to the year winning the Waterford Crystal Competition.”

“Over the past season we have seen proposals and discussion papers in relation to Leagues and Championship structures, burnout and the fixtures calendar. It was disappointing that there wasn’t more discussion in relation to the structure of the National Hurling League. I would like to see the season condensed into the calendar year and if this can’t be achieved at least they should have the club finals completed in January. For the past four of the five seasons Limerick has played National Hurling League without six to seven players due to club involvement. It makes no sense waiting ten to twelve weeks to play an All Ireland Club Championship semi final,” he said.

“I would be apprehensive in relation to abolishing the Intermediate grade in hurling. I feel this grade has served Limerick well over the last number of years with the development of our younger players who are not just ready for senior inter-county level,” said the Kilmallock man.

“The changes next season in the age grades at club level will see major problems in my opinion with rural clubs trying to field adult teams,” he commented. He add: “The Munster Council I think were right in restricting the Munster Senior Hurling League to Counties and I hope all the Counties use it as a tool develop their squads in preparation for the National League.”

Change has also been proposed in football circles.

“I wouldn’t agree with the discussion document in relation to the abolition of the inter-county U-21 football championship. This particular age group is essential to the development of our future inter-county senior players.”

O’Riordan also expresses an opinion on the current debate surround the structures of the All Ireland SFC.

“Given the gulf in standard within the counties I feel a two tier system should be seriously looked at,” he said. He issued warning about Player Injury, Public Liability and Property Insurance.

This year to safe guard clubs from potential liabilities on the instruction from Croke Park clubs were prevented from playing games as some of these payments were not paid on time.”