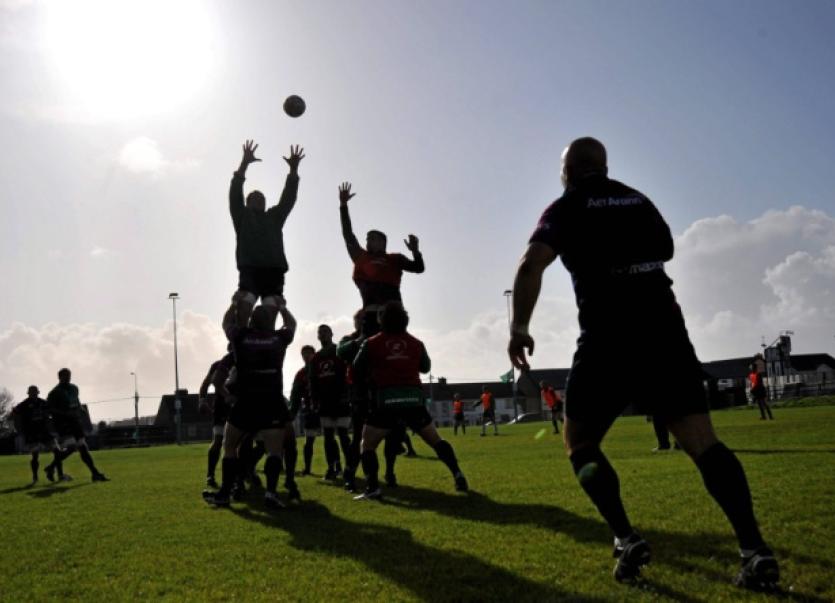 Munster head coach Anthony Foley has admitted Connacht and Ireland centre Robbie Henshaw is a player the two-time European Cup winners would love to sign. Second-placed Munster host Henshaw’s high-flying Connacht side in a top of the table Guinness PRO12 clash at Thomond Park this Saturday, 5.15pm. Henshaw’s contract at Connacht expires at the end of this season and the 22-year-old has been strongly linked with a move to Leinster. “I would imagine there would be a lot of clubs who would love a player with his capabilities in their squad. We wouldn’t be saying ‘no’,” confirmed Foley.

On Tuesday Limerick GAA dual star Stephen Lucey announced his retirement. The Croom man confirmed his decision with a statement released through the GPA. “The time has come to call it a day in the Limerick colours. I have represented Limerick since U-16 and have been part of Limerick Senior Hurling and Football teams for 17 years. It was an honour and a privilege to have represented Limerick. He made his first senior hurling appearance for Limerick in the league of 1999 and he last played inter-county hurling championship in 2011. Lucey was involved with the Limerick senior footballers from 2000 to this past season, although dogged by injury throughout 2015.

GAA - Dubs and Tribesmen could face punishment after Boston ‘brawl’

The hurlers of Dublin and Galway could still face sanctions after their ‘Hurling Classic’ game that took place in Boston last Sunday. The 11-a-side match was marred after a brawl broke out and it has been reported that the Central Competitions Control Committee (CCCC) are to review the referee’s report of the game. Two Galway players and one from Dublin were sin binned after the melée. Galway star Aidan Harte played down the incident: “That happens in a game. It just shows how much the two teams were trying to win.”

Golf - Clarke not in any hurry to confirm backroom team

Ryder Cup captain Darren Clarke insists that there is no rush to announce his vice captains for the next year’s event in the US. The Ulsterman has said that he will wait until next April to confirm his backroom team. Clarke has set the April date to give potential vice captain’s as much chance as is possible for them to qualify as players for the Ryder Cup which takes begins at Hazeltine National Golf Course on October 2, 2016. “I’ll wait and see if one or two of them have a really good start to the year,” said Clarke. “If they’re playing that well with that much experience, I want them on the team.”