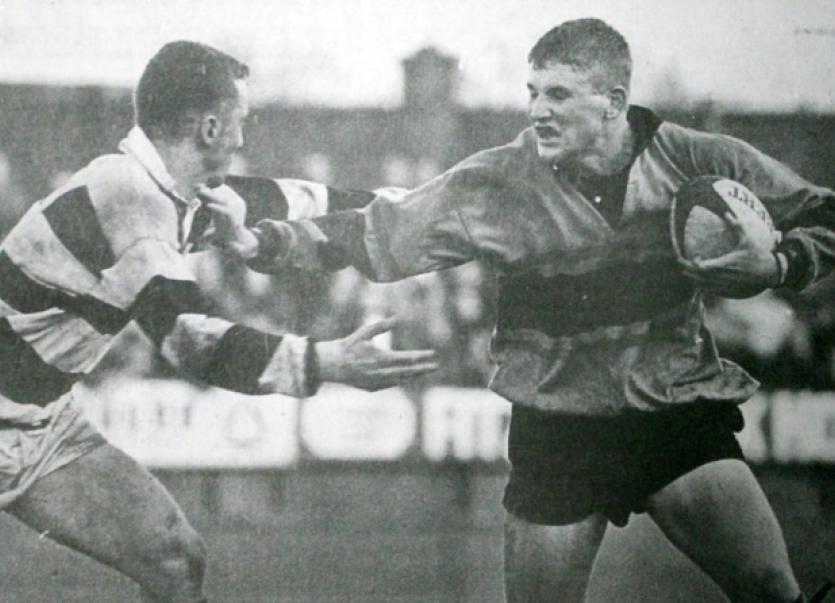 MONDAY’S Munster Schools Senior Cup final appearance for Ardscoil Ris will only be the North Circular Road side’s second ever in the showpiece decider.

MONDAY’S Munster Schools Senior Cup final appearance for Ardscoil Ris will only be the North Circular Road side’s second ever in the showpiece decider.

Ardscoil Ris also reached the final in 1996 where PBC were their opponents, a teams which included former Munster and Ireland stars, Peter Stringer and Mick O’Driscoll in their line-up.

Among the leading lights in the Ardscoil side who played in the 87th renewal of the Munster Schools Senior Cup was back-row forward Paul Neville, who would go on to represent Garryowen, Munster and Connacht at senior level.

Ardscoil Ris opened their campaign with a narrow 13-10 win over Glenstal Abbey before grinding out a 3-0 win over a fancied St Munchin’s College side in the semi-final.

Paul Neville said Ardscoil had experienced a few lean years in schools rugby prior to their eye-catching campaign of 18 years ago.

Neville recalled: “To be fair, Des Harty was the main rugby runner in Ardscoil Ris at that time. We were nearly out of rugby, gone. We had been a ‘B’ school for a long time. During my time there, we had a very good team. There was about 10 years of very good teams, starting a few years before I was involved. You had good players coming through.

“Ardscoil became an ‘A’ school and Dessie (Harty) drove it on when it was nearly extinct. Guys like Niall O’Donovan got involved for a few sessions. Gerry O’Loughlin, from Shannon, and Andrew Thompson, from Shannon, were involved - he was our fitness coach. We had fantastic fellas involved.

“As you go from Junior Cup to Bowen Shield, you get more of a gra for it, more of an appetite for it.

“At Junior Cup level, we went down to Cork and we were like skinny children going down to play Pres’. We lost by a try. We were kids, very inexperienced and raw. When it came to senior, we were the same group as such with a few more who played two years in the competition.

“We beat Munchin’s 3-0 in the semi-final in 1996. They had a few fellas playing with Munster Schools that year. Jerry Flannery was playing with them.

“Kevin Hartigan, my teammate of old at Garryowen, was kicking. 3-0 might sound like a crap match, but to be fair it was a bruiser. It was a tough match. Conditions were ok. It was windy and they missed a few -kicks.

“We won the Bowen Shield at U-16 level and went unbeaten that year. It would have been rare for us to beat Munchin’s at Senior Cup level. They actually beat us in the Senior Cup the following year. They got their revenge.

“The final was a huge occasion, a great day out. But unfortunately we played a very strong Pres side. Tim Cahill was their captain. They had Mick O’Driscoll in the second row and Peter Stringer at scrum-half. They had a strong centre, Paul Barry.

“We got off to a slow start and fell 18-0 behind. We were chasing the game after that. We did improve in the second half and scored a converted try (through Declan Lynch, converted by Donnacha Houlihan) but Pres’ were the better side on the day.

“It’s later on, you realise how fantastic the schools rugby competition are. You are living and breathing it every day in school. You are training so hard together. In my time when you were beaten you were gone - one chance saloon. Now you have a second chance. But they were fantastic times.

“I have great fond memories of that period. I am still in contact with quite a few members of that ‘96 team to this day.

“Paul O’Connell came through the following year. He was there or thereabouts in terms of the squad that season in 1996.

“Hurling was big in the school and then there appeared to be a drop, but it has come back in the last 5-10 years in Ardscoil in a big way.

“It is hard to keep both sports balanced - hard to be successful at both. Martin McPhail, who is a top class rugby player, is teaching there now. They got a few more guys involved in rugby.

“To win a Schools Senior Cup and Dr Harty Cup title in the same year would be a huge achievement.”

Neville has attended Ardscoil’s quarter-final and semi-final games this season and has been impressed with the side.

“I saw two of Ardscoil’s games, the quarter-final against CBC and the semi-final against St Munchin’s. Mike Sherry, another past pupil, was out there as well,” Paul Neville said.

“I am hoping they perform to their capabilities in Monday’s final. They need to remain chilled out and just relax. They have a very good side. They have a second row, the full-back is very good, Kelvin Brown at eight is very strong. The out-half is a fine footballer, who can get them out of trouble. They can win the game if they have a good crack and don’t play within themselves.”