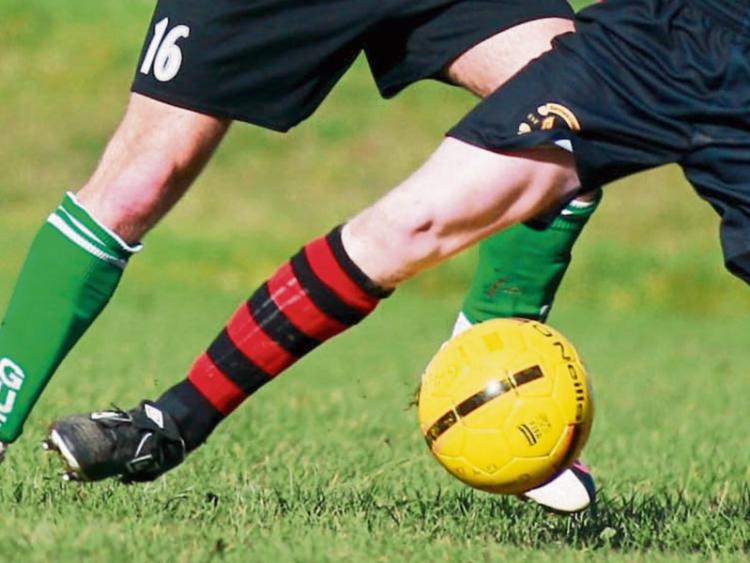 TWO out of three wasn't bad last weekend when Limerick teams were vying for a place in the quarter finals of the FAI Junior Cup.

On Sunday Carew Park have the chance to join Pike Rovers and Janesboro in the hat for the last eight but they face a very difficult assignment away to Rivervalley Rangers in the Capital.

Carew Park make the trip for a Saturday afternoon game and they will be well aware of the task facing them.

Despite plying their trade in the second tier of the AUL, Rivervalley Rangers were described to me by people in the know as one of top six sides in Dublin.

Carew Park have lost just once in six months so should have no inferiority complex.

They are lying second in the table with games in hand over leaders Fairview Rangers.

They have been on the road in the FAI already and returned with an impressive 4-0 win at Cashel Town.

They followed up with a laboured win over Hanover Harps proving that they can eke out a result when things are not going to plan.

Hopefully they can return with a win to give the local League a good representation in the last eight.

Janesboro are on a high after winning their FAI game with Salthill on Sunday and this week they host Cork side Carrigtohill Utd.

They play in Division 1A of the Cork AUL but have already shown their threat by beating high flying Nenagh AFC 4-2 in the previous round.

Moyross Utd following a win over Nenagh Celtic in the previous round meet another North Tipperary side in Cloughjordan.

The visitors are in second spot in the Premier League and a 3-1 win over Carrick in a previous round should send alarm bells ringing.

Moyross have proven in the past that they love the big occasion and with a big support could make life uncomfortable for the Tipperary lads.

The visitors are in the bottom half of the South Tipperary League but did beat Leeview of Cork in the previous round.

Fairview have won three on the trot since their narrow defeat to Sheriff in the FAI Junior Cup and if they play to their potential should progress.

Pike Rovers, like Janesboro, are buzzing after an excellent performance that saw them beat Clonmel Celtic 4-0 last weekend and a repeat performance would be enough to see them through.

Kilmallock are on the road in the Munster Youth Cup away to Tramore.

In the Premier League Aisling host Mungret Regional while Regional United can move to the top of the table and ease the disappointment of their FAI exit last weekend, if they can beat Summerville Rovers in Dooradoyle.

In the Lawson Cup Murroe take on Holycross, Ballynanty host neighbours Shelbourne while the clash of Hyde Rangers and Geraldines brings back some fond memories of great Lawson Cup clashes between these sides in the 70's.