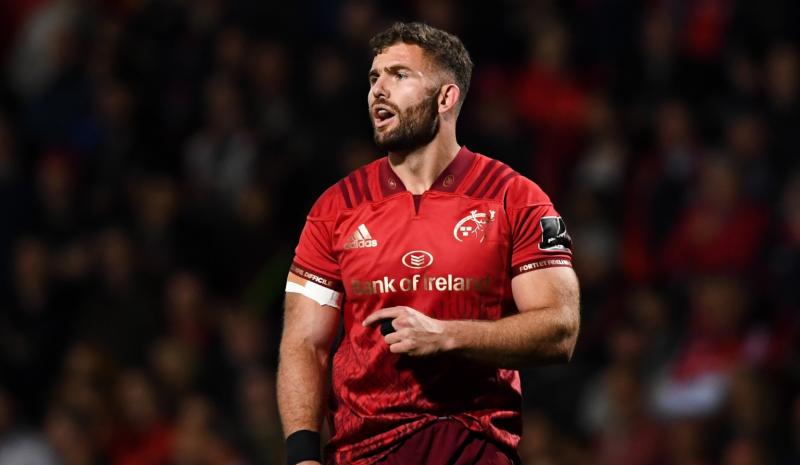 Thirty one-year-old Taute played Super Rugby with the Lions and Stormers before moving to Munster, initially on a short-term contract in 2016.

An impressive run of former in red under Rassie Erasmus saw Taute secure a permanent deal and the Springboks international went on to make 40 appearances for the province.

Taute played for the Springboks on three occasions in 2012. He made his Munster debut starting against Zebre in Thomond Park in October 2016, and scored his first try for the province a week later against Leinster at the Aviva Stadium.

He also scored a try on his Champions Cup debut against Glasgow Warriors at Thomond Park in October, finishing out the season with 8 tries in 26 appearances.

Taute joined Leicester Tigers from Munster ahead of the 2019/20 season and made 19 appearances in three seasons.

Speaking about the decision to retire, Taute said: “I will forever be grateful for the memories, friendships and experiences I've shared with my teammates who have in turn become lifelong friends.”

“To everybody who played a part in my journey whatever the size from my alma mater, various inspirational coaches, trainers, surgeons and medical staff, thank you from the bottom of my heart.

“I’m grateful to have had the opportunity to live in Limerick and Leicester and play the sport I love. I've learnt valuable life lessons and I can't thank the various organisations enough.

“My career has been filled with the highest highs and the lowest lows, without the support of my friends, family and die-hard supporters I would not have been able to keep on pursuing my dream of playing professional rugby.

“It was an honour and privilege to represent the various clubs and to play a small part in their journey. I will cherish the shared memories for a very long time.”