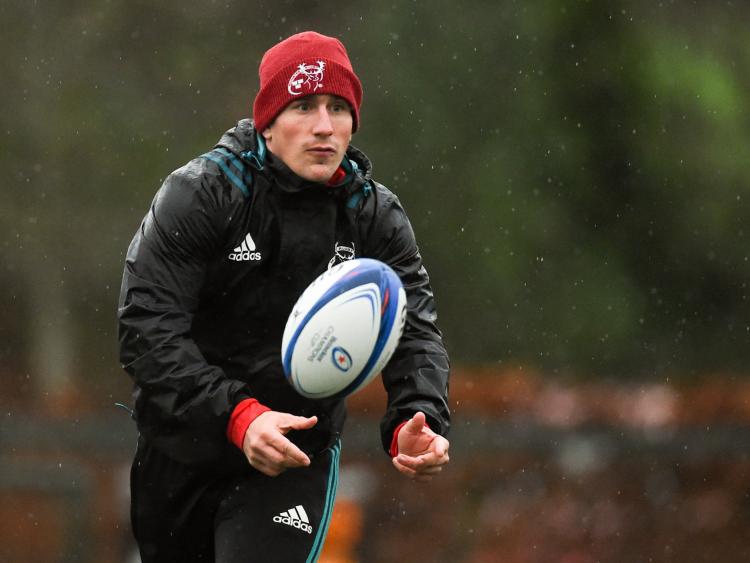 FORMER Munster out-half Ian Keatley is in line to make his debut for new club London Irish this Saturday.

Keatley has been named among the London Irish replacements for the 'Exiles' Greene King IPA Championship clash with Bedford Blues at Goldington Road at 3pm.

Thirty one-year-old Keatley has joined Declan Kidney's Championship leaders on a short-term deal until the end of the season, before moving to Italian side Benetton Rugby next term.

'Irish' currently enjoy a nine-point lead over second-placed Ealing Trailfinders in the Championship table and are well-placed to make an instant return to the Premiership for next season.

Keatley joined Munster ahead of the 2011/12 campaign and has been an integral member of the squad over the past eight years playing a pivotal role in Munster’s successes.

Having scored 1,247 points in his 180 Munster appearances, Keatley is second on the list of Munster’s all-time top points scorers, and joint-second in the current squad for appearances made in red.

️ | Tickets for our next home game are available from here https://t.co/0bupD0jT9Q pic.twitter.com/tN6seNy55s

Capped seven times by Ireland, Keatley is third on the list of all-time top points scorers in Guinness PRO14 (1,428 points) and fifth on the list of most games played (196 matches).