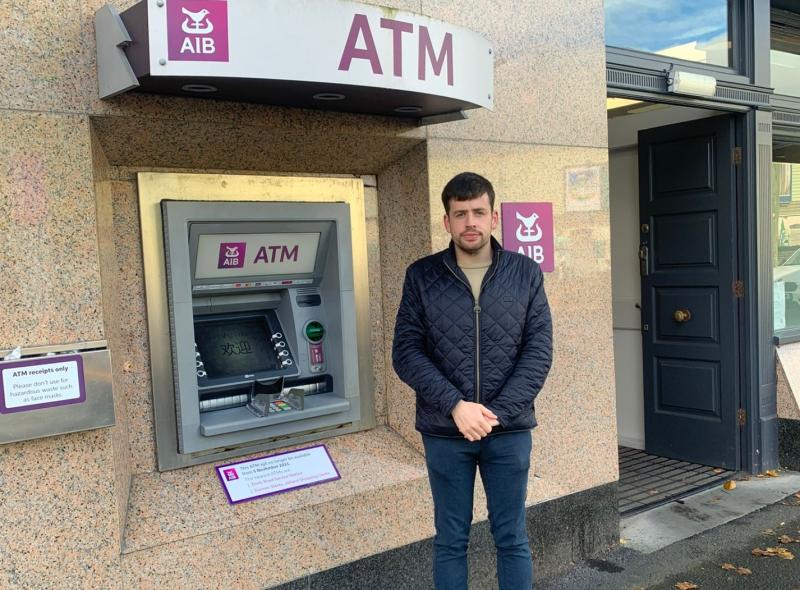 ALLIED Irish Bank is being urged to retain an ATM service when it closes its branch on the Ennis Road in Limerick city.

The branch, at Northtown Shopping Centre, is due to close on November 5 following a strategic review. by the bank. of its branch network across the country.

At their monthly meeting, members of the Metropolitan District passed a motion calling for AIB to retain the ATM service following the branch closure.

Proposing the motion, Cllr Conor Sheehan said the current round of branch closures is "shameful" and he noted that from the end of next week, there will be no local bank for those living in the Ennis Road, Clareview and Greystones areas.

He added that the only ATM, for those who want cash, will be located at a service station further out the Ennis Road. Cllr Sheehan said many residents in that part of the city "can't get in and out of town very easily" and that the council needs to "push hard" to ensure an ATM service is retained.

Seconding the motion, Cllr Olivia O'Sullivan said from November 5 there will be no bank branch on the northside of the city which is "very hard to believe and hard to accept".

She added that the decision of Bank and Ireland and AIB to close their local branches means elderly people are being encouraged to "get into cars and hobble their way into the city centre".

Following requests from Cllr Catherine Slattery and Cllr Elena Secas, it was agreed that Bank of Ireland should also be contacted and urged to reinstate an ATM service at Roxboro Shopping Centre.

The ATM was removed earlier this month when the local branch closed.