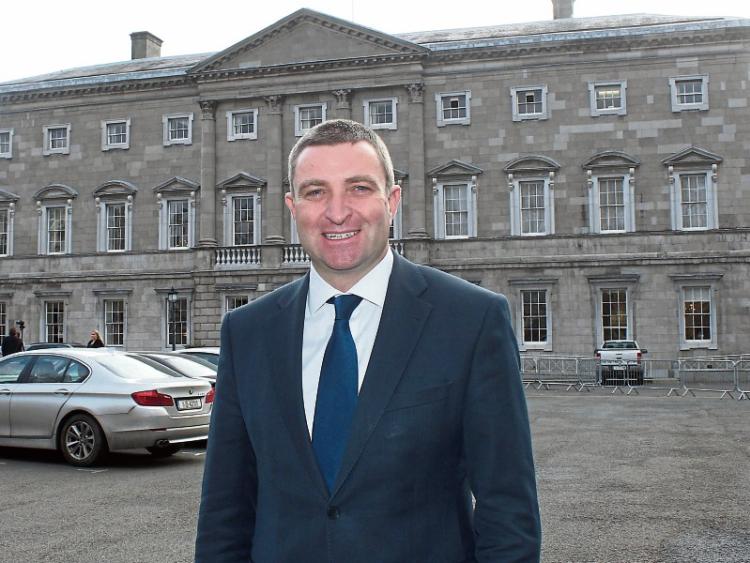 The TD said he has had a number of “frightened” elderly constituents contact him after receiving letters from a Dublin solicitors firm. They all concern monies owed after the fire brigade was called to various incidents.

“It is absolutely scandalous. It is the lowest of the low in my opinion that the council would unleash a high powered debt recovery agency after old age pensioners across County Limerick,” said Deputy Collins, who forwarded a letter sent to an elderly lady to the Limerick Leader.

It reads: “We wish to inform you that we act on behalf of our clients Limerick City and County Council of Dooradoyle and we have been instructed to notify you that unless we receive payment in full settlement or an acceptable payment proposal within seven days, to immediately instigate legal proceedings.” It says that failure to pay may lead to “a judgment being marked against you, which would ultimately affect your credit rating”. Deputy Collins said he has had people living in rural areas calling him up in tears after receiving one.

“They don’t know what this means. They are worried about somebody knocking on their door and looking for money. It is very distressing for them,” said Deputy Collins.

“Where people’s insurance cover them it is fine. Often their insurance doesn’t cover them and then the council start chasing them for payment. My beef is that a lot of these people are old age pensioners who live on a State pension. They simply don’t have the money to pay. They are getting harassed,” he continued. Deputy Collins said the council was much fairer in the past.

“If this is the outcome when elderly people call the emergency service of the council for genuine assistance then people’s lives will be put at risk because they won’t call for help for fear of being invoiced excessively and subsequently being dragged through the courts”.

The Fianna Fail TD stressed it is no reflection on Limerick’s Fire Service who risk their lives on a daily basis to save others.

One woman in contact with him was involved in a minor crash.

“She didn’t call the fire brigade. She doesn’t know who called them. They stopped and asked was she OK? She said, ‘I’m fine, I don’t need your assistance’. She was still invoiced,” said Deputy Collins. He also knows of people being charged for call-outs despite the blazes being started maliciously.

Deputy Collins queried the council’s policy in relation to charging. The 2016 rates are listed on the council website. A chimney fire is €300. A domestic house fire is €550 per hour or part thereof. It rises to €1,100 per hour for commercial premises.

“I challenged the council on charging. Councillors have never drafted a policy. A policy never went out for public consultation. It was never adopted and approved by the members. I was told it was a ‘reserve function’ that they are ‘fully entitled to charge for this’ and they don’t defer to councillors. I would be calling on councillors to take an interest in this as well.”

Deputy Collins said there are many others the council should be chasing for monies owed instead of pensioners.

The Leader sent a query to the council asking how many they had referred to debt recovery specialists and how long has this been the practice?

In response, the council said they provide an emergency service to the people of Limerick and the wider region.

“There are charges set out for these services which are generally covered by people’s insurance policy. The council, in the first instance, deals directly with the client sending them an invoice and reminders as appropriate. Where there is failure to pay the matter is referred for legal follow up. Where financial hardship is claimed, the council considers the charge on a case by case basis, however it is important the person contacts the council in the first instance,” said a council spokesperson.