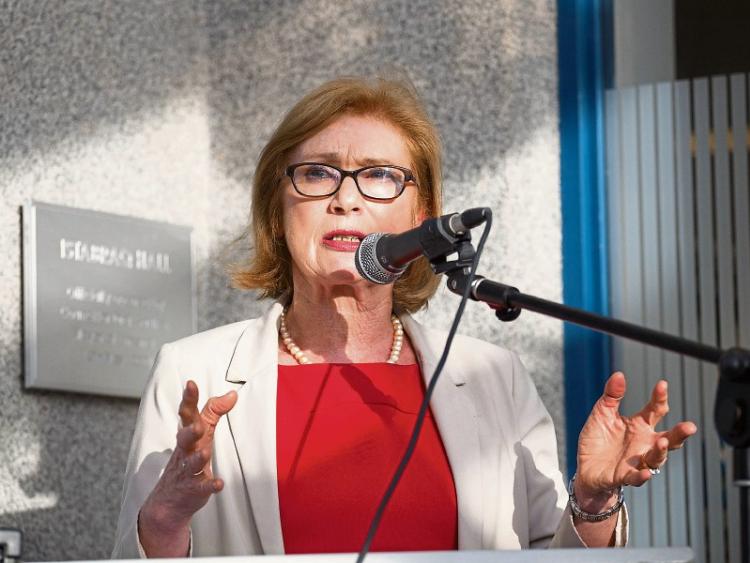 MINISTER for Education Jan O’Sullivan will have to beat the bookies if she is to be re-elected.

A spokesperson for Paddy Power says Minister for Finance Michael Noonan and Deputy Willie O’Dea are “nailed on” for two of the four seats in Limerick City, with Sinn Fein’s Maurice Quinlivan third favourite at 1/9.

“Sinn Féin’s surge in the polls has been at Labour’s expense and we feel that Minister O’Sullivan may struggle like the majority of sitting Labour TDs up and down the country,” said a Paddy Power spokesperson.

The bookie has the Minister for Education as fifth favourite, behind Deputy Kieran O’Donnell.

But Minister O’Sullivan said she is getting “a good response on the ground” and “people always get a kick out of seeing the bookies lose”.

“I would certainly love to see that and a lot of people who support me would love to see the bookies losing on this one. It might be time to put a few bob on myself,” she said.

Cllr Quinlivan said it is nice to be doing well in any poll but the real poll is on election day.

“We are out canvassing at the moment and the response is very good. It is really important people come out and vote.

“Nothing is decided and we are certainly not taking anything for granted - opinion polls or Paddy Power’s poll,” said Cllr Quinlivan.

The bookies say the rest of the candidates - Cllr Cian Prendiville, AAA; Sarah Jane Hennelly, Social Democrats and James Gaffney, Green Party -  look to be “making up the numbers”.

Although Cllr Prendiville has come in for “some minor market support”.