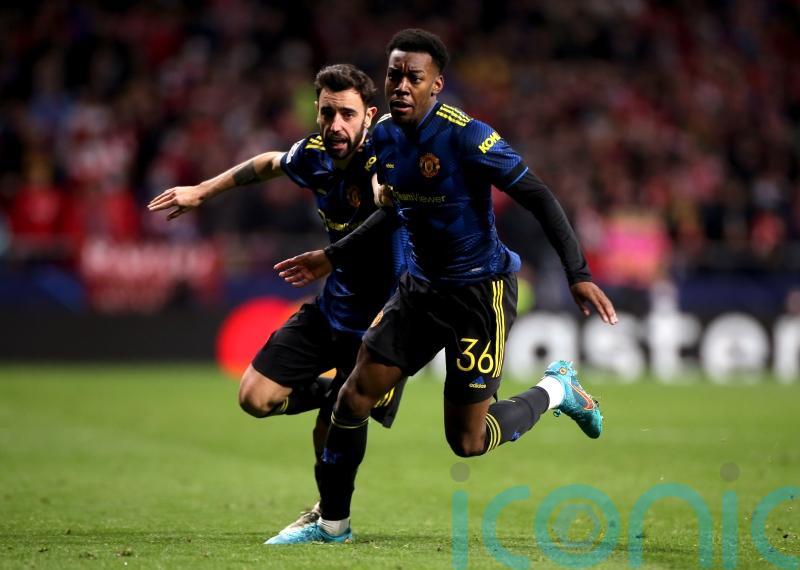 Ralf Rangnick wants other Manchester United players to take a leaf out of Anthony Elanga’s book after the exciting teenage talent came off the bench to snatch a fortunate Champions League draw at Atletico Madrid.

Having secured a thrilling Premier League win at rivals Leeds on Sunday, the Red Devils stumbled in Spain and were facing defeat after Joao Felix’s early bullet header.

United looked lifeless for large periods and lacked creativity at the Wanda Metropolitano, only for Elanga to come off the bench and score with their first shot on target. 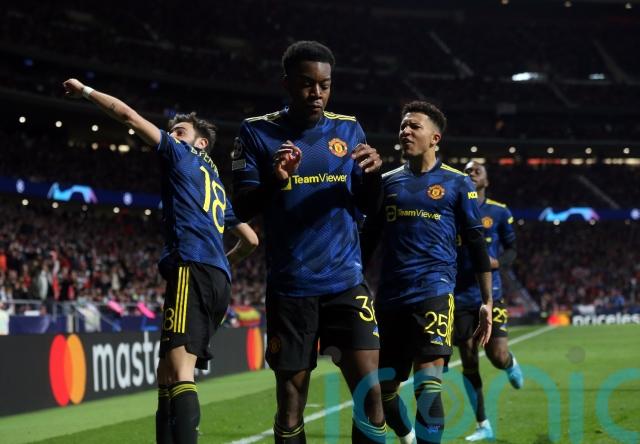 The 19-year-old academy graduate’s cool strike sealed a scarcely deserved 1-1 draw in the first leg of this last-16 tie and Rangnick hopes other players follow his example.

“Anthony, in all the games that he has played so far, just shows that he’s playing with all the passion, all the fun and all the joy,” Rangnick said.

“He’s just enjoying himself on the pitch and he’s fully aware of his strengths, his assets, his weapons. He’s always trying to play and show those weapons. This is what he did again today.

“Not only the goal he scored, he had two or three great runs and whenever he did that you could all of a sudden see that Atletico had problems with this kind of approach. But we have to show that on other positions as well, so not only with Anthony Elanga or one or two other players.

“We just have to play like that on every single position and if we want to proceed to the quarter-finals in a couple of weeks at Old Trafford we have to play exactly like that.”

Rangnick told BT Sport that Elanga was “playing as if a dream comes true”, adding that he wished “a few other players would take him as a role model”.

Asked why some of his players seem subdued and burdened at times, the interim boss said: “I don’t know what this is. This is just my feeling. When I look at a game like the one tonight, of course it’s not so easy to play in a very energetic atmosphere in this stadium. We were aware what to expect from the crowd but also on the pitch.

“It is one thing to be prepared for it and then to cope with it fight against it on it the pitch. This is what we were lacking in the first half today but we showed it in the last half hour and this is why the game became a different twist. I think we deserved at the end to come back into the game.”

Elanga impressively scored past Jan Oblak, one of the world’s best goalkeepers, as he added to his goal at Leeds, where he came off the bench and scored after being hit by an object thrown by the home fans.

“Of course I had heard about his name before (I joined) but I didn’t know him as a player because he didn’t play for Manchester United,” interim boss Rangnick said.

“On the first training session, the night before the Crystal Palace game, he was the player with the best training performance, so I asked my colleagues and my staff members about him and then found out he had almost already decided to leave the club on loan.

“He came on against Palace as we all know and the week after I said, ‘listen, I want you stay and see how you do, how you are doing in training and the games until the closure of the transfer window’.

“I think right now he has just shown what is possible in football with the right mentality, the right approach to go into games. This is exactly what he did and what he always does in every training session.” 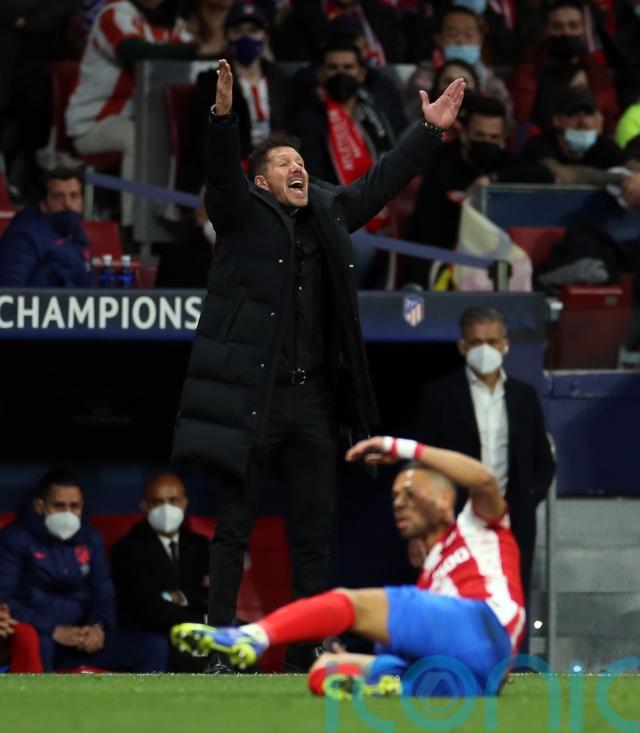 The Wanda Metropolitano draw sets up an interesting second leg at Old Trafford on March 15.

Atletico boss Diego Simeone was pleased by his side’s display, having seen Sime Vrsaljko hit the bar late in the first half and substitute Antoine Griezmann rattle the woodwork shortly after Elanga’s equaliser.

“I’m really happy with the game we played,” he said.

“We did enough to win and it’s all to play for.”