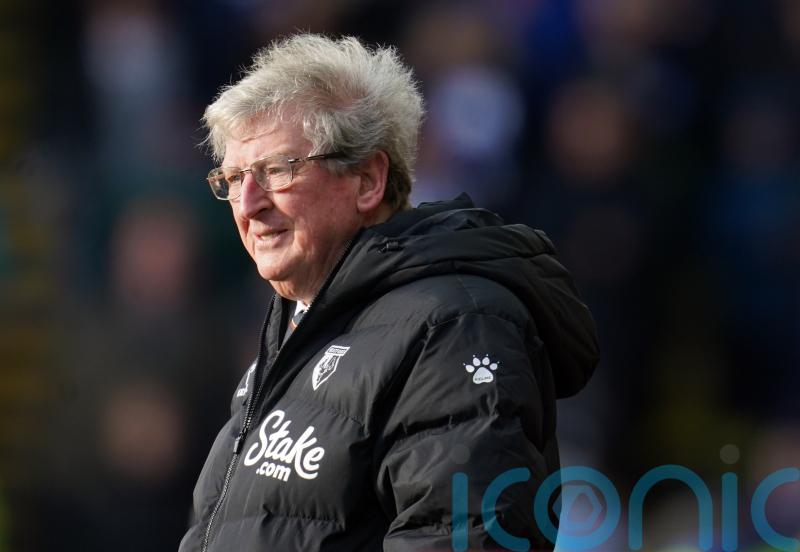 Roy Hodgson says some of Watford’s Premier League rivals will fear a “catastrophic plunge” to drag them into the relegation battle.

Only 10 points separate bottom-placed Norwich from 11th-placed Leicester after a weekend of unpredictable results.

Burnley and Watford, the bottom two at the start of the weekend, both won with the Hornets upsetting Aston Villa to claim a first victory under Hodgson.

The former England manager does not expect Leicester, Villa and former club Crystal Palace – who Watford host on Wednesday – to slip into relegation trouble, but he also says it can not be ruled out.

Hodgson said: “Ten points is an enormous amount of (difference in) points. But one thing you can never factor in is if a team is going to have a catastrophic run.

“It happened to us at the end of last season at Crystal Palace. We were relying on a top-10 finish, but then you get injuries and problems and sink down to a mid-table position after all.

“Realistically, these teams that have got that many points on the board and have such a good margin will still be feeling fairly safe.

“But they will be fearing that catastrophic plunge, because everybody knows it is possible to lose a number of games in a row in this league.”

Before Saturday’s 1-0 success at Villa Park, Watford had not won for three months.

A memorable 4-1 victory over Manchester United was to prove Ole Gunnar Solskjaer’s final game as Red Devils manager, but the Hornets picked up only two points from their next 11 matches.

Watford had failed to score in Hodgson’s first three games, picking up a solitary point from a goalless draw at Burnley.

“The players were really delighted to get that win, especially after playing well. It wasn’t a lucky win that you sometimes get and gets out of situation.

“It was a win we worked for, so that’s good for the players and the confidence.

“We’ve had a couple of days where you can bask in the glow, if you like.

“But now it comes back to resetting everything to that point zero. Whatever we did against Aston Villa, that worked – we’ve got to do that again.”

The 74-year-old, however, has only come up against Palace twice in his long managerial career, as Blackburn boss in the 1997-98 season when he oversaw a 2-1 Rovers win and a 2-2 draw.

Hodgson said: “It is a special match. My four years at Crystal Palace were very special.

“I worked with many of those players for the whole spell, so it will be strange to be lining up on the other side wishing them harm and wishing us well.

“There’s never any sentiment. You work for a football club that is paying your wages and relying upon you to get a result for their team.”