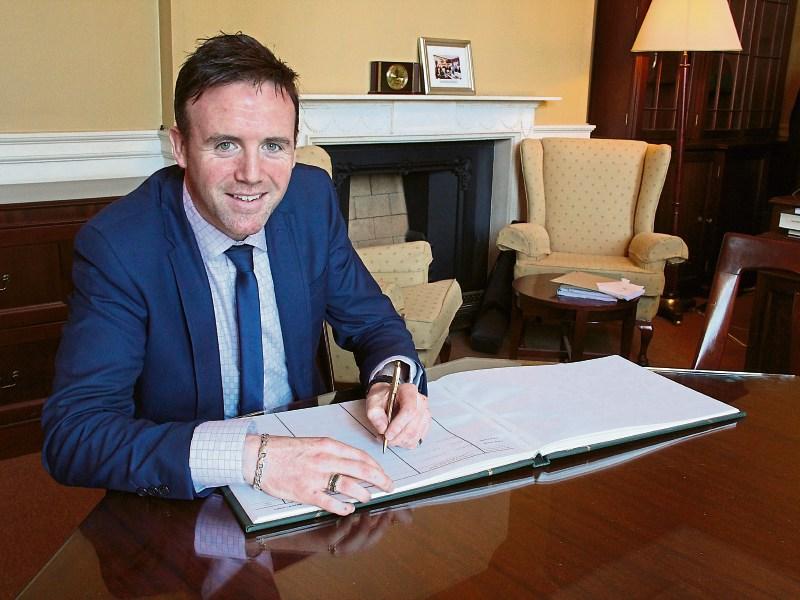 Details of any plans to extend the Government’s CLÁR programme, which is aimed at helping areas which have suffered the greatest levels of population decline, were sought in the Dáil by Fine Gael Deputy Tom Neville.

Minister Ring said he had commenced a review of the programme which will examine CLÁR areas in light of the 2016 census data.

“The review process began last month with a targeted consultation meeting with a number of experts who are recognised for their background in rural development issues,” he said.

“The review will also involve more detailed stakeholder consultation and I anticipate that it will be completed in the first half of 2019.”

Last year one of things that worked out very well he said was in regard to first responders, particularly in some rural areas where they do not have health board services.

“They depend on ambulances and voluntary organisations, like the Order of Malta, to bring people to hospital. That has worked our very well.”

“I refer to cancer services,” he said, “In particular in rural Ireland, many people do not have the funding and are not able to get to hospital appointments. We need to support them and help them to get to their appointments and home again. I am delighted I brought in that initiative. I am looking at other initiatives and that is why we are doing the review.”

Assurances sought on State benefits in UK and Ireland

Details of any arrangements that are in place to protect the reciprocal arrangements for the receipt of State benefits between Ireland and the UK, including Northern Ireland post Brexit were sought from the Taoiseach by Fianna Fáil Deputy Willie O’Dea.

“There are also reciprocal arrangements for State assistance such as child benefit. Many of those people are very concerned, and they need reassurance. Could the Taoiseach offer them that?”

In reply, Taoiseach Leo Varadkar said the Minister responsible, Regina Doherty, has done a lot of work on this matter with her colleague in the United Kingdom.

“I can assure people who receive UK pensions in whole or in part, or part of a UK benefit, and vice versa, that it will continue,” he said.

Details sought on trade with Britain in event of hard Brexit

Details of any arrangements that have been made or are being made by the Department of Business, Enterprise & Innovation to ensure North-South trade will continue uninterrupted in the event of a hard Brexit were sought in the Dáil by Sinn Féin Deputy Maurice Quinlivan.

“Are contingency plans in place for exporters and hauliers who use the landbridge through Britain?” he asked.

“What has been the level of contact and co-operation between the Minister and her counterpart in London on the matter? I was happy to attend the very well-organised conference in Thomond Park in Limerick, which was quite successful and at which there was a good turnout.

With the increased threat of a hard Brexit, I am very concerned about businesses that depend on using the land bridge through Britain for goods going to and from the Continent.”

“My Department and its agencies are participating in the new cross-government awareness campaign, Getting Ireland Brexit Ready, with events in Limerick, Cork, Galway, Monaghan, Donegal and Dublin in October and November,” she said.

“Over 3,000 businesses have used Enterprise Ireland's Brexit scorecard to date and 85% of its client firms are taking Brexit-related actions such as diversifying their export markets, improving operational competitiveness and investing in research and development.”

The Minister said she had provided funding for 98 additional staff for the agencies and regulatory bodies within the remit of her Department to date to prepare Irish businesses for Brexit.

“In addition, I am providing an additional €8 million in 2019 for my Department, as well as its agencies and regulatory bodies, to continue the work on our Brexit response and in increasing our global footprint,” she added.

“The additional work of my Department's agencies such as the Health and Safety Authority and the National Standards Authority of Ireland is particularly important in helping businesses to prepare for a worst case scenario.”