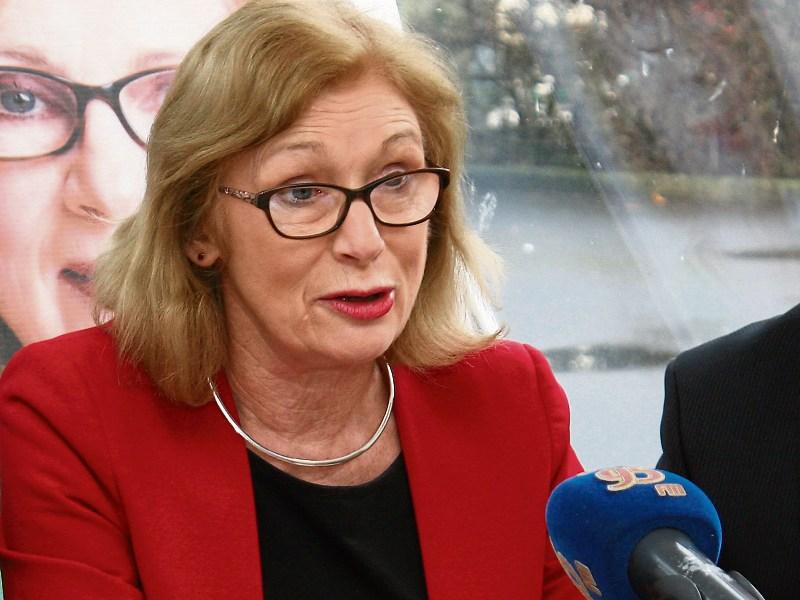 A new Bill to prohibit the charging by landlords of viewing fees from prospective tenants was introduced in the Dáil by Labour Deputy Jan O’Sullivan.

“This is merely one of the practices that we have heard and found out about, whereby those who are renting properties are requiring those who want to view them to pay in advance,” she said.

“We have heard of landlords requesting more than one month’s deposit, in some cases two months or three months, to squeeze out certain categories of people and to make it impossible for those on low and medium incomes to be able to raise the kind of money required to get into a home in the first place before they even start paying the kind of exorbitant rents that we have heard about recently,” said Deputy O’Sullivan.

“According to the recent daft.ie reports, the average rent is €1,334 per month nationally and much higher than that in the Dublin region,” the Labour spokesperson on housing added.

Deputy O’Sullivan said another issue she had heard about is that some prospective landlords are looking for letters from the employer, in other words, squeezing out those who are unemployed, getting information about prospective tenants, and clearly trying to exclude certain people from access to the available accommodation.

“There are a variety of issues arising for those desperate people who are queuing up for maybe one affordable apartment and for which there are dozens queuing,” she said.

“Now those who are renting out those apartments are placing more and more obstacles in the way of people even viewing them or being able to pay deposits, and they are asking people to produce certain documentation that would exclude them from those homes.”

The Government did not oppose the Bill at its first stage.

Concern at use of bogus self-employment contracts

The continued use of bogus self-employment throughout Ireland means that workers are not defined as employees and they are not protected by some key employment legislation, Sinn Féin Deputy Maurice Quinlivan told the Dáil.

As a result, they are entitled to fewer benefits such as sick pay, overtime, increments, pension contributions, maternity leave and holiday pay, he said.

“That is in stark contrast to the Irish Congress of Trade Unions, for example, which has estimated that over an eight-year period the State may have missed out on €640 million in unpaid PRSI due to bogus self-employment in the construction industry alone,” he said.

“The newly-formed Connect trade union, which represents 40,000 craft workers, has estimated the practice is costing the State €300 million a year.”

Bogus self-employment is prevalent not only in the construction industry but in other sectors, he said. “The Eversheds Sutherland report highlights significant difficulties and inconsistencies in employment practices at RTÉ. The Unite union has highlighted the problem faced by workers in the English language teaching sector.”

In response, Minister of State Catherine Byrne said if any Deputy was aware of any particular cases, she said the Minister strongly urges them to bring these to attention of the Department of Employment Affairs and Social Protection to ensure they can be investigated.

Delays in the payment of Illness Benefit were raised in the Dáil by Fianna Fáil Deputy Willie O’Dea.

He told the Minister for Employment Affairs & Social Protection Regina Doherty the problem had been going on for three or four months.

“It began in August when the new form of medical certificates which require a significant amount of extra information were demanded out of the blue without any notice or consultation,” he said.

“When that seemed to be about to be resolved, the software problem kicked in,” he said.

“We have to bear in mind that we are dealing with some of the most vulnerable people in the country.

“They are too sick or too disabled to work. In the vast majority of cases, they depend entirely on social welfare from week to week.

“We have all heard various stories and received emails telling us about instances of hardship caused by this problem in individual cases. On behalf of all those people, I ask the Minister for an assurance that this will not recur.”

In response, Minister Doherty said her Department had experienced significant difficulties in processing illness benefit payments in recent times which, regrettably, had impacted on people in a manner that has correctly been described as unacceptable.

“The root of the difficulty lies in the transfer of the illness benefit scheme to our new core business objectives information technology, IT, platform on 4 August,” she said.

“The transfer had a number of objectives, including moving the Illness Benefit payments from a very old IT platform which is approaching end of life to a newer platform which already manages most of my Department’s other payment schemes.”