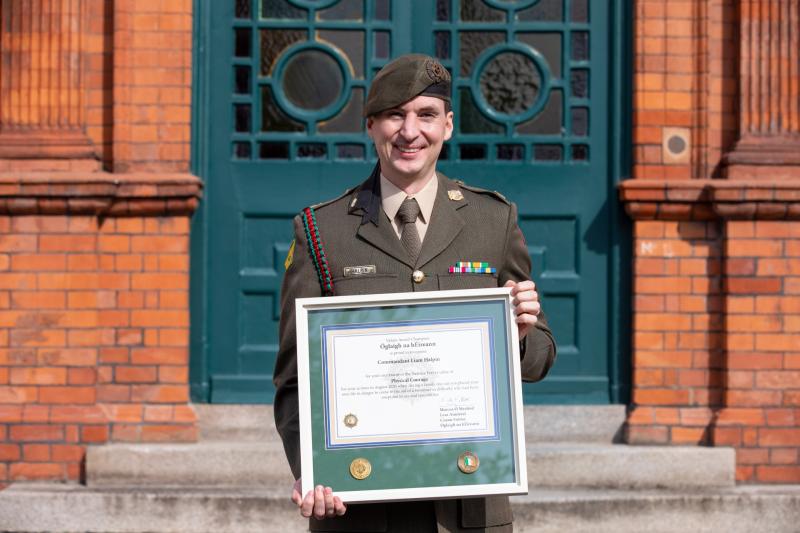 A LIMERICK man who bravely saved a teenager from the sea last summer has been honoured by President Michael D Higgins.

In August 2020, Commandant Liam Halpin, who is originally  from Woodview Park in the city, came to the rescue of the teenage girl who had gotten into difficulty after she was taken out by the tide near Doonbeg in County Clare.

Only for the quick-thinking and fast action of Mr Halpin, who was walking with his family, the outcome most certainly would have been very different.

Having been alerted, he grabbed a body board and made his way out to the area where he thought the girl was only to discover that she had been swept out even further.

When he eventually got to her, he offered the board and they both held on and kicked back to shore where the emergency services took over.

The girl made a full recovery and Comdt Halpin's actions on the day undoubtedly prevented a tragic event and he showed tremendous amount of bravery and physical courage.

Last year, the Limerick native received a Limerick Person of the Month Award and yesterday he was invited to Aras an Uachtarán where he was presented with a Defence Forces Value Award for Physical Courage.

Speaking at the Awards Ceremony, President Michael D Higgins said: "It goes, perhaps, without saying that Óglaigh na hÉireann make a profoundly important and positive contribution to the lives of people across the globe, constantly displaying the bravery and professionalism which makes us so deeply proud of our Defence Forces." 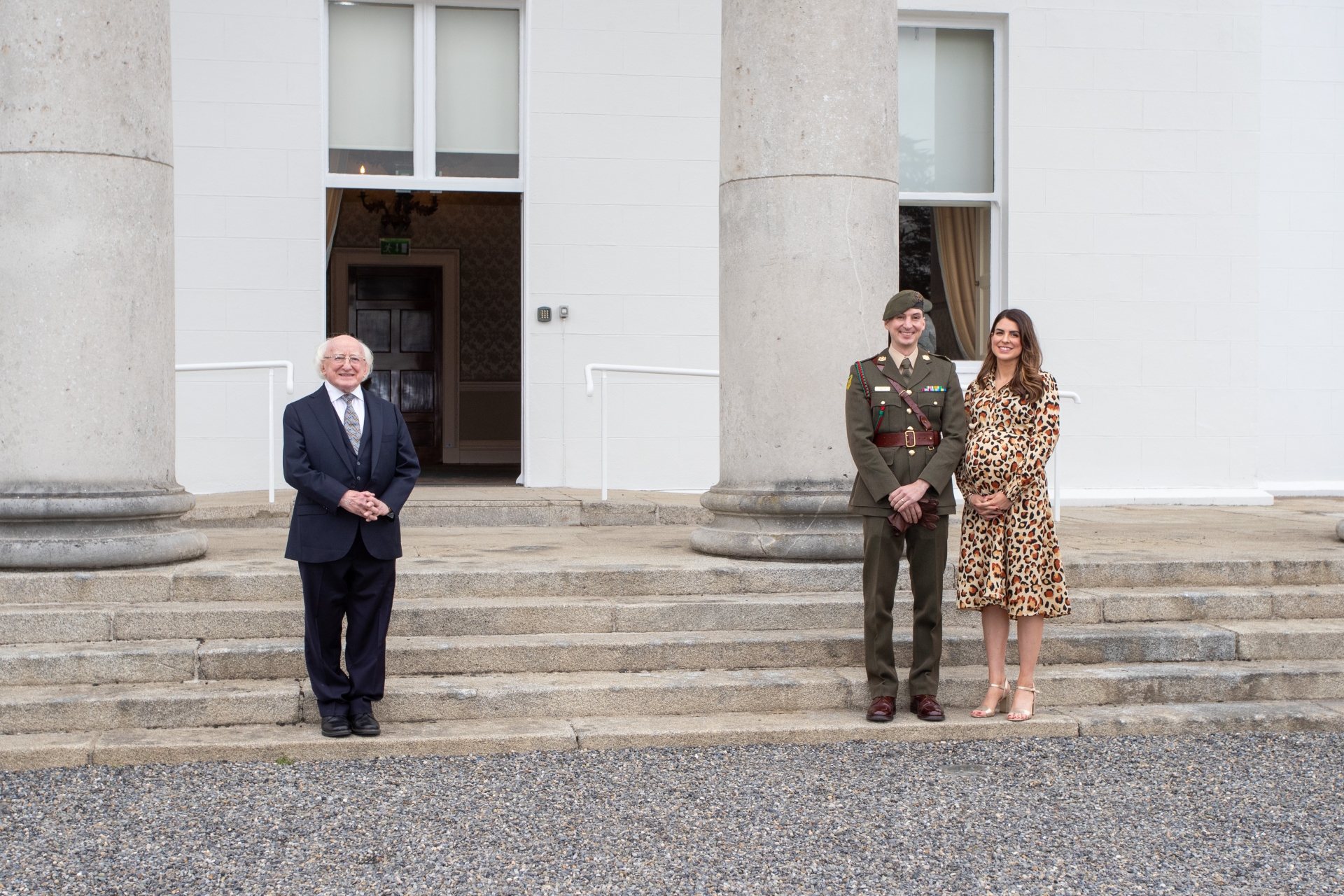 Paying tribute to each of those who received awards, President Higgins added: "It takes a remarkable person to stand out as an exceptional member of an Organisation so deeply rooted in a spirit of active participation and human solidarity. I am delighted that one of our first gatherings, following Covid restrictions, here in Áras an Uachtaráin is one in which we pay tribute to seven such people, whose actions have exemplified the qualities of moral courage, respect, integrity, physical courage, selflessness and loyalty which guide and define the work of the Irish Defence Forces."