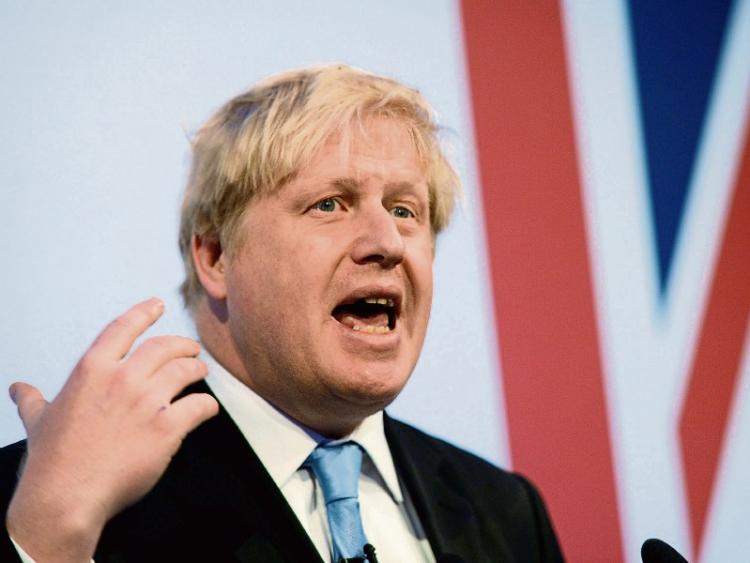 THE new prime minister of Britain Boris Johnson has distant family connections in the Mid-West, the Limerick Leader can reveal.

Local historians have, through painstaking research, discovered that the controversial new British premier’s seventh great grandfather was a James O’Gorman, who was born in Bunratty Castle in 1688 and moved to Limerick in 1724, where he stayed until his death in 1736. Mr O’Gorman was also the maternal ancestor of prominent Irish nationalist Eva O’Flaherty, who died in 1963.

The little known link has prompted Mayor of Clare, Cllr Cathal Crowe to ask Mr Johnson to visit his “ancestral home” at Bunratty.

However, Limerick’s mayor Michael Sheahan says he could not bring himself to invite the UK Conservative party leader to the city if he “continues with his pro-Brexit ideology”.

But the county’s longest serving member, Cllr Kevin Sheahan said he would be putting forward a notice of motion urging his local authority to extend an invite to the arch-Brexiteer to rediscover his local roots.

The man who uncovered the link, historian and genealogist Declan Barron of Newpark House, Ennis, actually wrote to Mr Johnson during his stint as London mayor to tell him of the connection.

He sent him a letter and a book by local author Martin Breen on Bunratty Castle, as well as an Irish Dresden porcelain model of the iconic building.

“A few years ago, I was looking up James O’Gorman in Clare, and Boris Johnson popped up in his family tree. I was surprised. I wouldn’t be a fan, but I thought wouldn’t it be fabulous for Bunratty to have the world media here if he did visit,” he explained.

Mr Barron admitted he got the sense that Mr Johnson did not seem that interested in his heritage after his secretary sent him a standard response.

However, now he is in one of the most high-profile political jobs in the world, there are fresh hopes he might come to Shannonside.

Clare mayor Crowe said: “I’m intrigued by his revelation. It’s very interesting, he is a man in global focus at the moment and even more so in the autumn as Britain gears up for Brexit. If he wanted to come to Clare to explore his roots, he’d be most welcome. We’d love to host him in Bunratty Castle, his ancestral home. But we’d also want to talk business with him.”

Mr Johnson has committed to removing Britain from the European Union by October 31 next and although he has not set his position in stone, he has consistently failed to rule out a potentially very damaging no-deal Brexit – even embracing the idea.

However, he added: “In present circumstances, if Boris Johnson with the views he has towards Brexit, I could not welcome him to trace his family roots, so long as he continues to adopt a policy of Brexiting without a deal.”

Cllr Kevin Sheahan said: “If the prime minister of Great Britain is a Limerick man by ancestry, and if it is handled in a sensible, mature manner, it could only be for the benefit of Limerick and its people [for him to come]. I have no doubt in my mind Limerick would respond positively to this.”