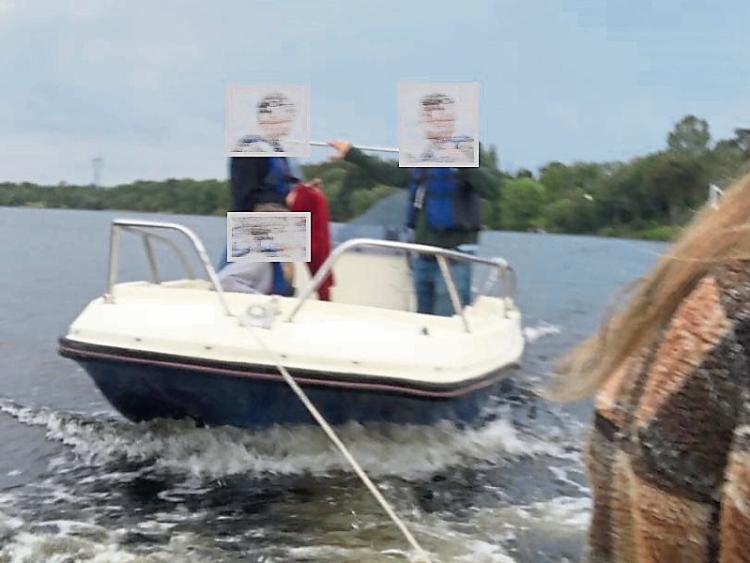 A JET ski rider from Limerick has described how he rescued three members of the same family following a freak accident on Lough Derg.

Dean Patterson, who is from the city, was on the water near Parteen Weir at around 7.30 on Friday night when he encountered a small speed boat which was in difficulty.

“There was a boat and there was a kid driving the boat and he kind of basically turned the boat too fast and the whole centre console of the boat came flying out and into the lake along with the passengers as well,” said Liam who is a member of Kilkee Jetski Club.

An adult male and two children were rescued from the water by Dean while another teenage girl, who managed to stay on board the boat, sustained an apparent arm injury.

“It was quite serious, they had all lost their phones – everything had gone into the water so they had no way of contacting anybody if I hadn’t been there,” said Dean who described how the boat’s fuel supply had to be disconnected in order to stop it.

“When they fell out of the boat, the engine was still running and the boat was going around in circles because the fuel had stayed connected.  But the steering wheel and throttle had come off and there was no key so the engine was still running and I had to get one of the girls to disconnect the fuel so it would cut out,” he told the Limerick Leader.

After taking the passengers from the water and returning them to the boat, Dean then towed the stricken vessel back to a jetty near the main bridge in Killaloe/Ballina.

The injured teenager was treated by paramedics from the National Ambulance Service who had been alerted.

Her injuries are not believed to be serious.