Limerick elections: ‘Fragility of human behaviour was laid bare for all to see’ 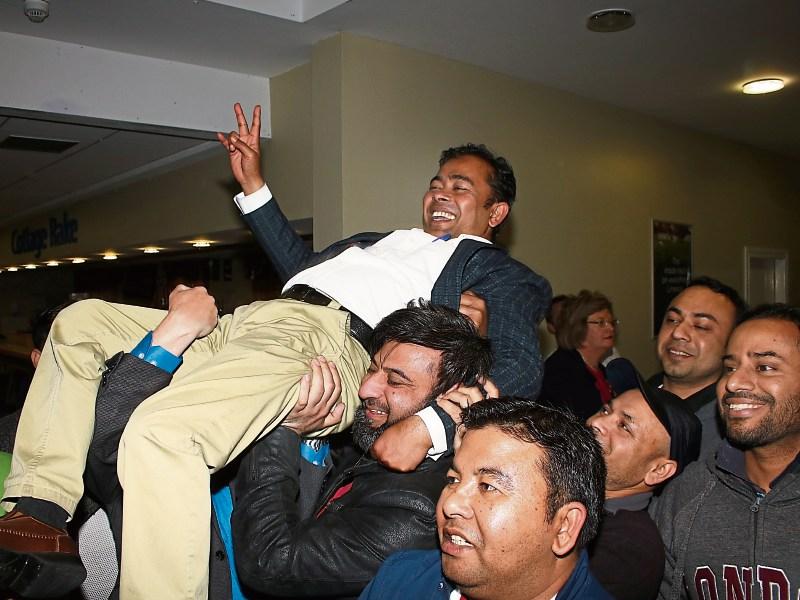 LEFT: History-maker Abul Kalam Azad Talukder celebrating with supporters at Limerick Racecourse at 3.58am on Monday after his election to Limerick City and County Council Picture: Adrian Butler

“THERE’S still no sign of him. He hasn’t been seen all day. Does he even know what’s after happening?” asked a Fine Gael man.

PJ Carey was a missing man. The 40-year-old Independent who chairs his local athletics club, was last seen in his tracksuit, pounding the streets of Kilmallock.

A missing person alert was issued via the Leader’s Twitter account and election blog at 11.47pm on Sunday, May 26 .

Within moments there was a sighting.

“He  must be running, in more ways than one,” quipped one hack.

It was a weekend for the one-liners.

Carey was in the Chinese getting a takeaway at 8.30 on Sunday night when he got a text telling him he was very much alive and well in terms of the local election race.

At 12.12am on Monday a band of supporters, around 20 of them, skipped up the three flights of stairs to Level 2 at Limerick Racecourse. One wore trainers, tracksuit pants and a zip up top. Nineteen minutes later the zip came down a few inches. God knows how as the most laid back man on the planet, PJ Carey, had barely uncrossed his arms as he was elected to Limerick City and County Council. 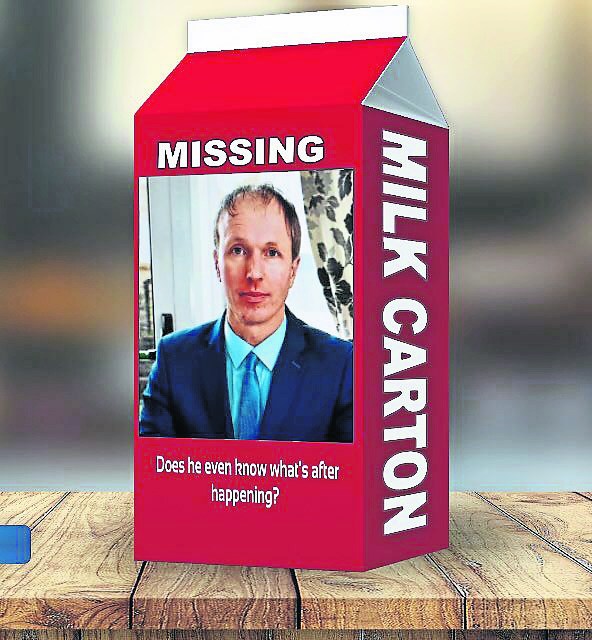 People arrived from 7am on Saturday morning to Limerick Racecourse in Patrickswell; count staff, media, candidates, family and friends. They set up camp in one of two floors Level G (city count) and Level 2 (county count).

Long and narrow, the count centre on Level 2 meant there was no hiding place for the losers last weekend. It was particularly packed when an announcement was imminent and particularly interesting when things weren’t going to plan - the fragility of human behaviour was laid bare for all to see.

“No, I’m not safe yet...I  don’t know. I’m not safe yet.” Noreen Stokes, FG was stretched right out across the media table at close to midnight with mobile to ear. She was nearly down to 0% on her battery. A reporter’s Samsung charger was keeping the Pallasgreen woman powered up, but just about.

A media WhatsApp Group, operated efficiently by Limerick Council, provided regular messages informing reporters of when counts were to be announced. But the Leader had its own alert system in the form of a travelling tripod.

Like clockwork, minutes before an announcement the tripod would appear from nowhere between bald heads and broad shoulders and make its way towards the podium. Following on behind it with his arm outstretched keeping it on an even keel, was our intrepid reporter David Hurley who was present for the 69 count announcements throughout Saturday and Sunday.

According to the phones of Laura Ryan and Denis Tierney of Limerick City and County Council who were also there for all the action they covered 183 floors, 54,722 steps combined or 34.6km. Who needs the gym when there’s an election in town!

As reporters, candidates, and connections gathered for the big reveal, there wasn’t room to swing a kitten, not to mind a cat.

Poll-topper in the Adare-Rathkeale area, Adam Teskey said he was very humbled by the level of support he had got on his first hustings.

A request by this reporter to Teskey for the two Fine Gael men to pose for a photograph immediately after their election prompted the Ardagh man to seek political advice. “She’s looking for a photograph with Keary,” he whispered to a confidant. “Sure, do,” came the whispered response.

Teskey followed this reporter to the middle of the room where the two Fine Gaelers were united, in photographic form at least. The handshakes were limper than a wet dish cloth.

Downstairs on Level G, things were hotting up in the city.

Out in the cold, leaning over a wheelie bin,  Elenora Hogan was spotted in deep conversation with her team at around 12.30am on Monday. 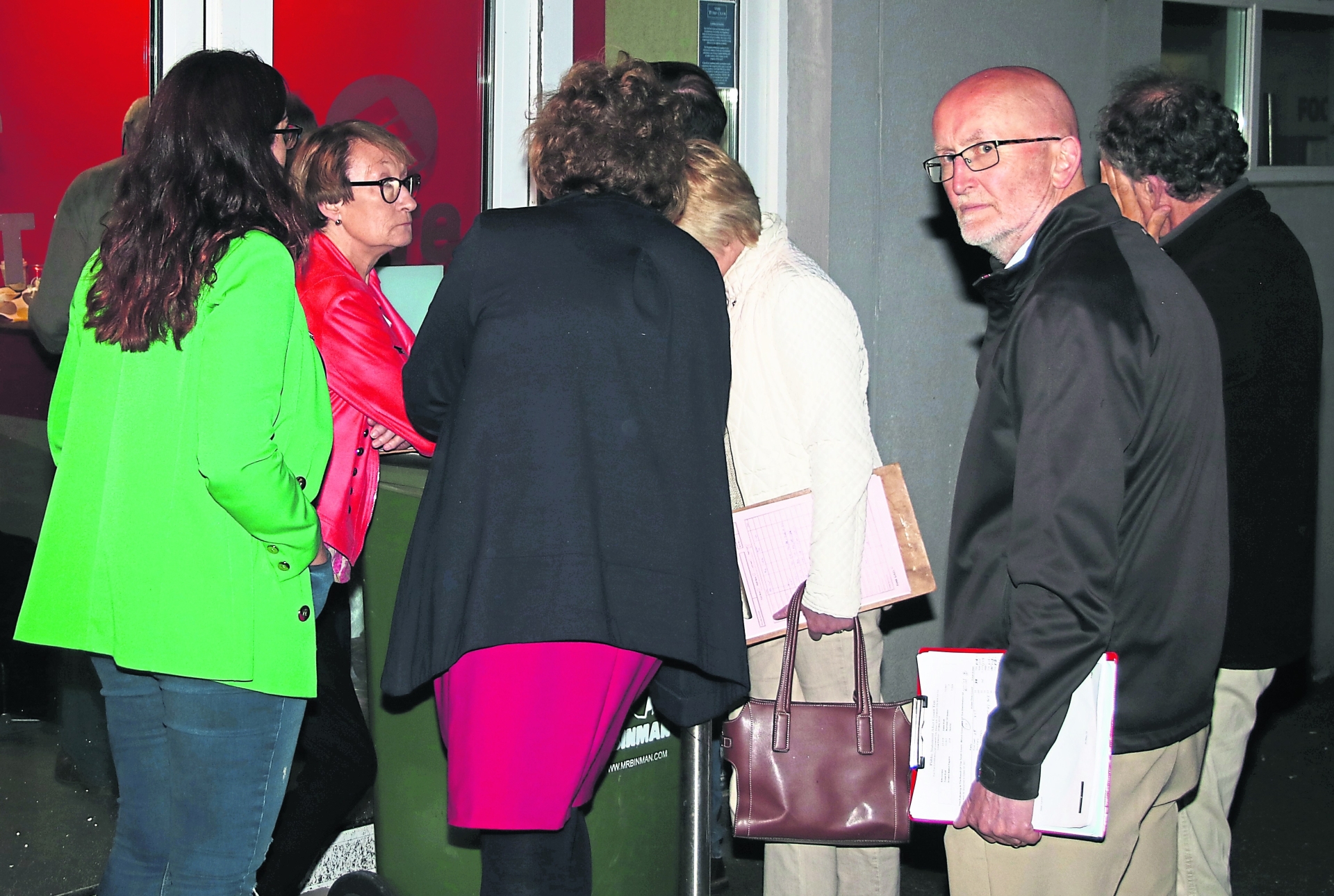 It made no difference, either being inside now, or wearing a fiery red leather jacket, Eleanor was still, out in the cold. Gone from the count centre in 60 seconds, 30 said some.

Another candidate who had felt the sharp, bitter wind of politics coming in from the West was Independent candidate John Loftus.  The Lord Edward Street man polled 44 first preference votes. “You’d get more Christmas cards,” quipped one Fine Gael man, as the news spread of the demise of Loftus in City West. Last time out, 642 people gave him their number one. Here was a 93% decline.

Even for a publican, Fergus Kilcoyne was having a late one. So late in fact it was early. It was just touching 4am on Monday when the Independent was elected to the fifth seat in City West. After a quick celebration he was back his pub in Patrickswell village, the Dark Horse, after being pipped to the post of the fourth seat by 14 votes by another Patrickswell dark horse, Dan McSweeney of Fine Gael.

But it was a Muslim man who stole the headlines at Limerick Racecourse. At 3.58am Abul Kalam Azad Talukder was elected on the 14th count in City West with 990 votes.  They hoisted balloons as Abul - or Jackie as he is know to his friends -  became the first ever Muslim candidate elected to Limerick council – and possibly the first in the whole region.

As sunlight came up, the lights went out at Greenmount Park and Jackie left a happy man.

And The Leader’s headline screamed what else but “Jackie Can!”